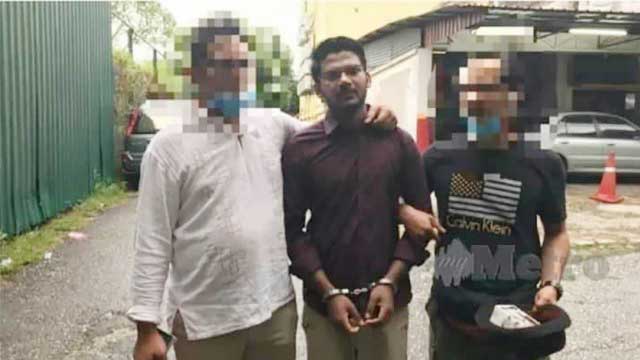 Malaysian police have arrested Mohammad Rayhan Kabir, a young Bangladeshi who spoke in a documentary aired by Al Jazeera.

Rayhan Kabir sent a WhatsApp message to this reporter today, saying police are going to arrest him. In the message he said, "I did not commit any crime. I did not lie. I have only talked about discrimination against the migrants. I want the dignity of migrants and my country ensured. I believe all migrants and Bangladesh will stand with me."

Rayhan Kabir's family lives in the Bandar upazila of Narayanganj. His father Ashraful Alam works in a garment factory. He told The Daily Star, "I just got the news from Malaysia by a Bangladeshi. My son has been protesting against all odds since childhood. But he never did any wrong. After HSC from Tolaram College in 2014, he left for Malaysia and passed his BA there."

Ashraful Alam said in a choked voice, "Raihan's mother has been sick for the last one month. My son has been arrested for protesting against discrimination and exploitation. I believe my son did not do anything wrong. I want Bangladesh to stand with him."

The investigative documentary titled 'Locked Up in Malaysia's Lockdown' was aired on July 3. It shows that the Malaysian government is discriminating against migrants during the epidemic through the Movement Control Order (MCO).

After that six media workers of Al Jazeera were called to Malaysia Central Police Headquarters on July 10 for questioning.

They are also being investigated for alleged defamation and sedition by Malaysian police.

The Immigration Department of Malaysia also issued a search warrant against Rayhan Kabir who was interviewed in the documentary. The local administration has also issued a summon to seek his personal information. After that his work permit had been canceled.