Bangladeshis among migrants detained by police near Slovenian border 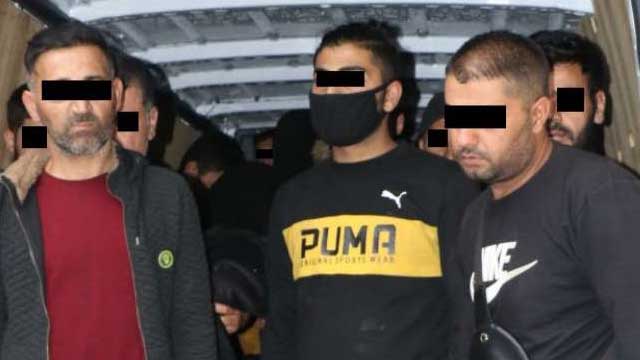 Slovenian police on Monday said that they had apprehended over a hundred migrants, including several Bangladeshis, in a single evening after they crossed the country's border with Croatia.

Most of the migrants are from Pakistan and Bangladesh and would likely be returned to Croatia, according to police.

While detentions at the border with Croatia are not uncommon, it is rare for so many migrants to be held at the same time.

"A total of 113 illegal migrants were apprehended on Sunday evening at different locations" near the town of Ilirska Bistrica on the southern border with Croatia, police spokeswoman Anita Leskovec told AFP.

The Mayor of Ilirska Bistrica Emil Rojc told public Radio Slovenija that in recent weeks the numbers attempting to enter the country had been increasing.

Around 30 further migrants had been detained by police near Ilirska Bistrica earlier over the weekend, while an additional 34 were discovered in a van driven by a Belgian citizen near Celje, northeast of the capital Ljubljana, Slovenian news agency STA reported.

Interior Minister Ales Hojs told a news briefing on Monday, “All these cases, including the one in Ilirska Bistrica, show that the organized market for illegal trafficking is blossoming."

He added that around 100 migrant traffickers were currently in Slovenian prisons, suggesting the illegal trafficking market was at a peak.

In the first eight months of 2020, a total of 10,223 illegal border crossings were registered in Slovenia.

Despite the slowdown caused by the coronavirus pandemic earlier in the year, this represents a 3.3% rise on the same period in 2019.

Most of those apprehended this year have been from Pakistan and Morocco, according to police statistics.