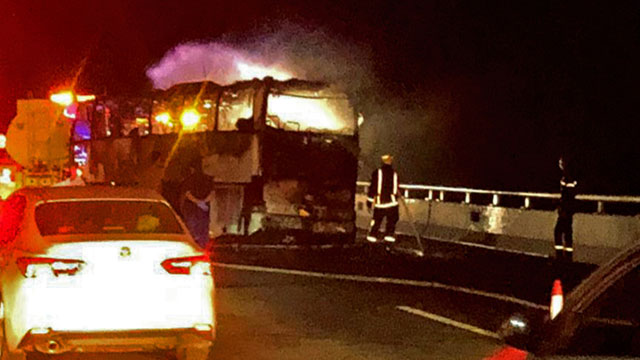 At least seven Bangladeshi nationals have been killed after a bus carrying pilgrims collided with other vehicle near the Muslim holy city of Medina on Wednesday.

Shortly after the accident, the bus carrying pilgrims travelling from Medina to Mecca caught fire killing at least 35 people.

Earlier, officials at Bangladesh embassy in Saudi Arabia said it was difficult for them to determine how many Bangladeshis were killed in the accident as the bodies were so charred that it became difficult to identify them without a DNA test.

However, Bangladesh Ambassador in Saudi Arabia Golam Moshi, confirmed to Dhaka Tribune around 2am Saturday that seven of the victims were Bangladeshis.

But details of the victims were yet to be known.

The accident on Wednesday evening involved a collision between "a private chartered bus... with a heavy vehicle" near the western city, a spokesman for Medina police said, according to the official Saudi Press Agency.

Those involved were Arab and Asian pilgrims travelling from Medina to Mecca, according to local media, which carried pictures of the bus engulfed in flames and with its windows blown out, reports AFP.

The Okaz newspaper said that the victims were expatriates who lived in the kingdom and who were performing the umrah – the lesser pilgrimage to the Muslim holy places, which can be undertaken year round.