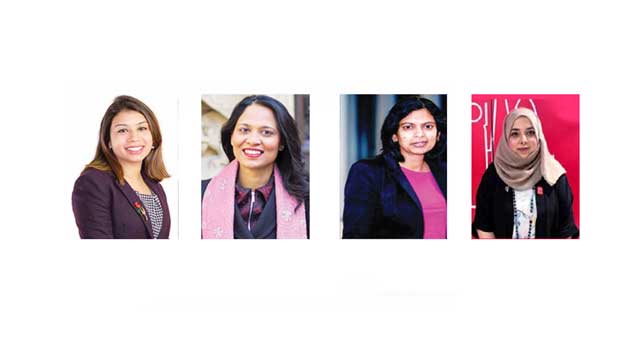 Four British Bangladeshis competing for the Labour Party won in the recently concluded snap elections in the UK.

Though the overall results for the Labour Party were dismal, the four British Bangladeshi women shone with their respective victories. The other five Bangladeshis who competed, lost.

This time, 9 British Bangladeshis competed in the election. From Hampstead and Kilburn, Bangabandhu’s granddaughter Tulip Siddique won for the third time with 28,080 votes.

In Ealing Central, Roopa Huq won with 28,132 votes; Rushnara Ali secured her seat at Bethnal Green and Beau with 44,052 votes and first-time candidate Apsana Begum won in Poplar and Limehouse with 38,660 votes.