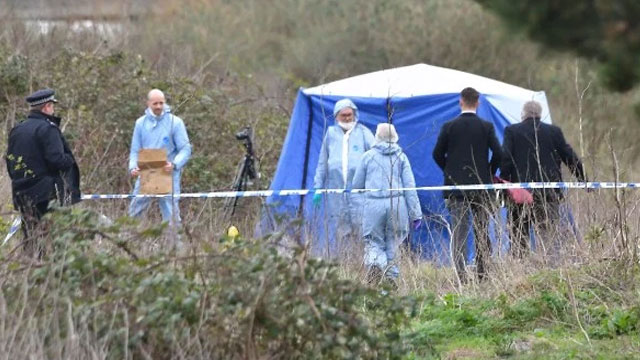 A 17-year-old boy of Bangladeshi origin has been killed allegedly by unidentified miscreants in London, UK.

The deceased, Shanur Ahmed Daiyan, 16, is son of Sharif Ahmed Talukder of Gowalbari village under Juri upazila in Moulvibazar.

A probe has today been launched after the body of a 16-year-old boy was found with head injuries in scrubland near an east London train station.

Shanur Ahmed was discovered outside Gallions Reach DLR station in Newham on Tuesday morning - with police now hunting a group of 30 men with baseball bats who were seen nearby the night before.

Met Police today confirmed they had launched a murder investigation after a station cleaner found the boy on Atlantis Avenue about 8.30am on Tuesday.

And they said the body was believed to have been that of Shanur, who lived nearby and who was reported missing in the early hours of Tuesday after not coming home.

Detectives are also probing a witness claiming to have seen a gang of about 30 men with baseball bats near the station on Monday night.

They said: "Officers attended and searched the area, but could find no trace of the suspects.

"Detectives are working to see if the murder is linked to this group of youths; they are asking anyone who was in the area of Gallions Reach on Monday evening to contact police."

Shocked commuter Lucy Farrell, 25, who lives in Docklands, east London, said she tragically saw a DLR cleaner appearing to try to wake up the young boy.

She said: "He was laying flat, face down in the grass with his hands by his sides.

"There was a muddy trail as if he had been dragged there.

"The cleaner was on the phone for a while and she was shaking him, but nothing was happening. I think she must've called 999.

"She was trying to speak to him, but he wasn't responding. He was wearing all black and he still had his black rucksack on.

She added: "Where he was, you can't walk through. What was he doing there?

"I only saw him as I was on the platform above, overlooking the area.

"It's just so sad to think of what might have happened to him. He could have been there all night before the cleaner found him in the grass."

Tributes have since been paid to the teen, with one saying he was an "earnest, happy boy" who had just started studying business.

One pal said: "He was a laugh, loyal to the core.

"It's just hard to accept that he's really gone.

"He was silly but genuine.

"During college I think he mainly spent time with his friends, chilling, playing football."

Another friend added: "He was a great person who you could always have a laugh with. He always made sure everyone around him was smiling."

Formal identification is yet to take place, with a post-mortem to be conducted in due course.

It comes after a concierge at the nearby Gallions Point apartment block told the Standard they heard "wailing and crying" on Tuesday morning.

They said: "I saw a woman in tears and a man who was in tears, I think it was relatives. They were walking around on the phone outside and they looked completely broken."

CCTV from the block has captured a black car arrive near the scene about 1.40am on Tuesday before leaving about 3am.

A neighbour said of the victim: “There was no reason for him to have been on that bit of land at that time of night.”

Detective Chief Inspector Larry Smith, said: "A young teenage boy has died and his family and friends are devastated. They want answers and they deserve all the help the public can give them.

"We need anyone with information to tell us what they know."

Anyone who has information that could assist police is asked to call 101 or tweet @MetCC ref CAD 1573/3 March.

To remain anonymous, contact the independent charity Crimestoppers on 0800 555 111.-The Sun