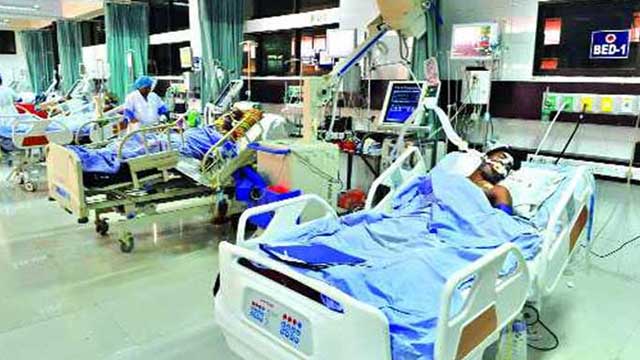 The global Covid-19 cases have more than doubled in the past six weeks, taking it to over 12 million as of Saturday morning, according to the Centre for System Science and Engineering of Johns Hopkins University (JHU).

During the period, 6.8 million people recovered from the virus.

The hard-hit United States reported 3,182,385 confirmed cases where the deaths linked to the virus have been reached 134,047.

Brazilian President Jair Bolsonaro announced on Tuesday that he has tested positive for the virus.

India, the country with the third highest number of infections, is battling with more than 20,000 new cases each day.

The confirmed coronavirus cases in the country reached 793,802 while the death 21,604 till Friday.

In terms of confirmed coronavirus cases, Russia, which is now in the fourth position, has recorded 712,863 confirmed cases from coronavirus, with 481,316 patients having recovered from the disease. The country also recorded 11,000 deaths linked to the virus.

Meanwhile, the government of Russia expects that the country will have at least three or four effective vaccines for the coronavirus.

Russian Health Minister Mikhail Murashko made the disclosure in a televised interview on the Russian channel Rossiya’24 on Thursday, reports news agency Tass.

The World Health Organisation (WHO) declared the coronavirus crisis a pandemic on March 11.