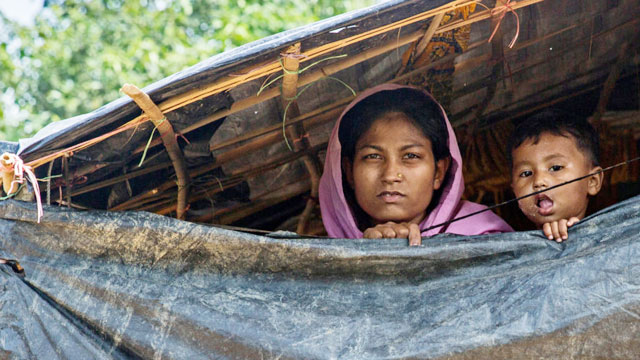 The Myanmar government has failed to ensure that nearly one million Rohingya refugees can safely return home three years since fleeing the Myanmar military’s crimes against humanity and possible genocide.

Meanwhile, Rohingya refugees in Bangladesh have faced tightened restrictions on rights to information, movement, access to education, and health, and have been unlawfully killed by Bangladeshi security forces, said the Human Rights Watch (HRW) on Monday.

On August 25, 2017, the Myanmar military began a brutal campaign of ethnic cleansing against Rohingya Muslims involving mass killings, rape, and arson that forced over 740,000 to flee, most to neighbouring Bangladesh -- which was already hosting an estimated 300,000 to 500,000 Rohingya refugees who had fled persecution dating back to the 1990s and after.

The International Court of Justice (ICJ) in January 2020 imposed provisional measures on Myanmar to prevent genocide while it adjudicates alleged violations of the Genocide Convention.

The International Criminal Court (ICC) in November 2019 began an investigation into Myanmar’s forced deportation of Rohingya and related crimes against humanity.

Myanmar has not complied with these international justice measures, has not permitted the United Nations to investigate grave crimes inside the country, nor conducted credible criminal investigations of its own into military atrocities.

“Myanmar’s government should recognize that the terrible suffering it has caused the Rohingya won’t disappear even amid a global pandemic,” said Brad Adams, director of the Asian division of HRW.

“Myanmar needs to accept an international solution that provides for the safe, voluntary return of Rohingya refugees, while an understandably stretched Bangladesh should not make conditions inhospitable for refugees who have nowhere to go,” he added.

The 600,000 Rohingya remaining in Myanmar’s Rakhine State face severe repression and violence, with no freedom of movement or other basic rights. Desperate Rohingya who fled Myanmar face severe risks seeking refuge throughout the region.

Some have been stranded at sea for weeks or months, with hundreds feared dead on boats that disappeared after Malaysia and Thailand illegally pushed them back using the Covid-19 pandemic as justification.

Malaysia has detained arriving Rohingya refugees, denied them access to the UN refugee agency, and prosecuted some for illegal entry. Despite pledges, the Bangladesh government has yet to allow UN officials to assist the over 300 Rohingya refugees rescued at sea and currently detained on the insecure silt island of Bhasan Char.