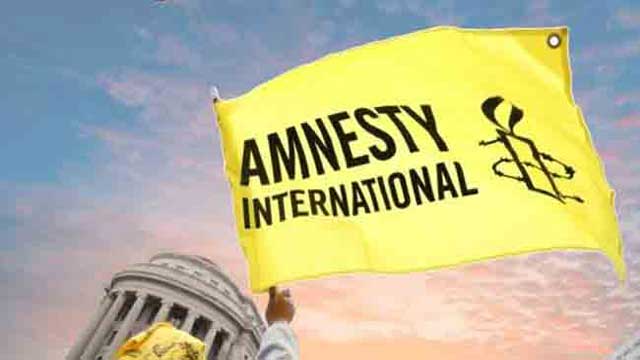 Human rights watchdog Amnesty International on Tuesday said that it has been forced to halt its India operations after the government froze several of the organisation’s bank accounts.

The watchdog has also accused the government of indulging in a "witch-hunt of human rights organisations", reports BBC.

Amnesty says its bank accounts have been frozen and it's been forced to lay off staff in the country, and suspend all its campaign and research work.

“The complete freezing of Amnesty International India’s bank accounts by the Government of India which it came to know on 10 September 2020, brings all the work being done by the organization to a grinding halt,” the organisation said in a statement on its website, reports Hindustan Times.

The government is yet to respond to the allegations.

Amnesty further claimed that it has been compelled to let go of staff in India and pause all ongoing campaign and research work.

“For a movement that has done nothing but raise its voices against injustice, this latest attack is akin to freezing dissent,” said Avinash Kumar, Executive Director of Amnesty International India.

The statement also claimed that Amnesty India stands in full compliance with all applicable Indian and international laws.

"We are facing a rather unprecedented situation in India. Amnesty International India has been facing an onslaught of attacks, bullying and harassment by the government in a very systematic manner," Rajat Khosla, the group's senior director of research, advocacy and policy, told the BBC.

"This is all down to the human rights work that we were doing and the government not wanting to answer questions we raised, whether it's in terms of our investigations into the Delhi riots, or the silencing of voices in Jammu and Kashmir."

In a report released last month, the group said police in the Indian capital, Delhi, committed human rights violations during deadly religious riots between Hindus and Muslims in February.

Rebutting the claims, the Delhi police told The Hindu newspaper that Amnesty's report was "lopsided, biased and malicious".

Earlier in August, on the first anniversary of the revocation of Indian-administered Kashmir's special status, Amnesty had called for the release of all detained political leaders, activists and journalists, and for the resumption of high-speed internet services in the region.

In 2019, the watchdog testified before the US Foreign Affairs Committee during a hearing on human rights in South Asia, where it highlighted its findings on arbitrary detentions, and the use of excessive force and torture in Kashmir.

Amnesty has also repeatedly condemned what it says is a crackdown on dissent in India.