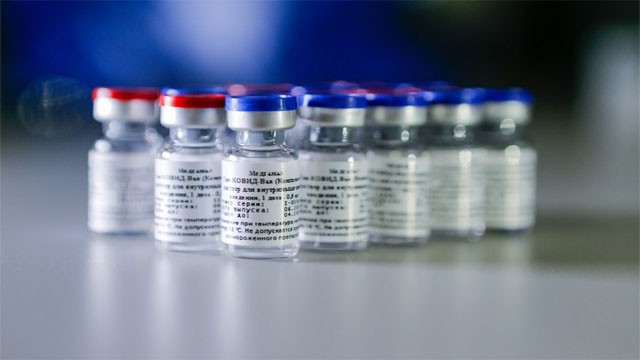 Less than a year after an unknown coronavirus that has claimed 1.4 million lives began spreading across the globe, a number of highly promising Covid-19 vaccines are on the cusp of release.

Health authorities could give a green light for emergency use within weeks, which would mark the most rapid vaccine development for a pandemic in history -- but many questions remain.

When will a jab be available?

After months without a visible breakthrough, everything sped up in November, when several pharmaceutical companies made encouraging preliminary announcements about the efficacy of their vaccines.

The European Medicines Agency (EMA), charged with overseeing drug approval in the European Union, told AFP that it could approve the first Covid-19 vaccines by the end of the year, or early in 2021. France, Spain and Italy have all sketched out distribution plans on that basis.

Across the Atlantic, vaccination campaigns could start in the United States as early as mid-December, assuming the US Food and Drug Administration (FDA) approves an accelerated timetable for rollout.

Chinese authorities have already begun jabbing high-risk patients, and in Russia two vaccines were validated for use even before the final phase of clinical trials had begun.

The breakneck pace of development, resulting in half-a-dozen Covid-19 vaccines, saw an unprecedented blitzkrieg of public and private research backed by a huge sums of money and provisional orders for billions of doses.

But all parties involved insist that corners have not been cut.

The EU's regulatory agency, for example, acknowledged an effort "to speed up" the evaluation process, but insisted it was "ensuring the same high regulatory standards for quality, safety and efficacy" as for any other drug.

But this extraordinary achievement will not mean that a waiting world will be vaccinated right away.

"Initial supply of #COVID19 vaccines will be limited, so #healthworkers, older people and other at-risk populations will be prioritized," World Health Organization (WHO) head Tedros Adhanom Ghebreyesus recently tweeted.

The world's poorest countries, he warned, should not have to wait until wealthy ones that have reserved billions of doses are served.

"The urgency with which vaccines have been developed must be matched by the same urgency to distribute them fairly," he said, highlighting the risk that the poor and vulnerable will be "trampled in the stampede" to get inoculated.

Which vaccine is best?

Too early to say. Since November 9, four drug makers have announced that their vaccines work, most of them more than 90% of the time.

The first to report Phase 3 results was the US-German collaboration between pharmaceutical giant Pfizer and German biotech start-up BioNTech, followed by the US firm Moderna, a British partnership between AstraZeneca and Oxford University, and Russia's state-run Gamaleya Research Institute of Epidemiology and Microbiology.

But the rush for results in anticipation of a huge global market means the announcements were made by the companies themselves, and have yet to be backed up by publication in peer-reviewed journals, which can take months.

All the vaccines unveiled are near the end of so-called Phase 3 clinical trials, the final step in a process that tests safety and efficacy on tens of thousands of volunteers of different ages and ethnicities spread across the world.

Basically, the efficacy of a vaccine is determined by comparing the number of people who get sick with Covid-19 in a group of vaccinated volunteers compared to another group that receives a placebo instead of the active drug.

The threshold for releasing the findings -- the number of people infected with Covid-19 -- was different in each case: 170 for Pfizer/BioNTech, 95 for Moderna, 131 for AstraZeneca/Oxford, and only 39 for the Gamaleya Institute.

Pfizer reported 95% efficacy, with only eight of the 170 Covid-19 patients coming from the vaccinated group. For Moderna -- with 94.5% efficacy -- it was almost identical, while Gamaleya's Sputnik V vaccine reported 91.4% efficacy.

The calculations for AstraZeneca's two-dose vaccine were more complicated. Across two separate trials with slightly different protocols, the drug worked 70 percent of the time.

But in a group whose first jab was a half-dose rather than a full one, the efficacy rate rose to 90%, putting it in the same league as the others. The counter-intuitive result -- less vaccine conferring more protection -- stemmed from the reaction of the immune system, the company said.

But the success rate is not the only criterion in determining which vaccine will be adopted in different circumstances. Cost and logistics are also factors.

AstraZeneca's double jab, for example, is by far the least expensive, at about $3 per dose.

It also has a significant advantage when it comes to transport and storage. Moderna's vaccine must be kept at -20°C, while Pfizer's requires an even chillier -70°C to remain viable. AstraZeneca's vaccine, by contrast, can be stored at the temperature of a normal fridge.

There are plenty, including some big ones.

"We knew that a vaccine would be essential for bringing the pandemic under control," Adhanom Ghebreyesus noted. "But it's important to emphasize that a vaccine will complement the other tools we have, not replace them."

That said, the WHO chief, added, "the light at the end of this long, dark tunnel is growing brighter."

The biggest question mark hanging over all of these vaccines is how long immunity lasts. All the results were reported only a few weeks after the vaccines were administered.

A handful of reinfections, in which people recovered from Covid-19 only to become infected by a slightly different strain, also raise questions about the duration of immunity.

Scientists also still don't know if the vaccines will be as effective with high-risk individuals, especially the elderly, who are far more susceptible to life-threatening symptoms.

Yet another "known unknown" is whether an effective vaccine simply eliminates the symptoms, or whether it also prevents someone from transmitting the virus to others.

In other words, even if it protects you from getting sick, will it protect others you come into contact with from catching the bug?

Here again, AstraZeneca may have an edge on the competition.

"The Oxford/AstraZeneca team has been collecting weekly nasal and throat swabs from all trial participants to look for asymptomatic infections," Eleanor Riley, a professor of immunology and infectious disease at the University of Edinburgh, told the Science Media Centre in London.

The drug maker found "early indication" that the vaccine could reduce virus transmission.

Contacted by AFP, AstraZeneca noted that not all 23,000 people in their trial were tested for asymptomatic cases, but did not say how many were.

How many in the pipeline?

The World Health Organization (WHO) has identified 48 "candidate vaccines" at the stage of clinical trials in humans by mid-November, but only 11 at the most advanced Phase 3 stage.

Besides the four that announced results this month are several Chinese vaccines from state-run laboratories, made by Sinovac, Sinopharm and CanSino.

The WHO has identified another 164 vaccine projects that are still in the pre-clinical phase of development.

What kind of vaccines?

Some methods for making a vaccine are tried-and-tested, while others remain experimental.

Inactivated traditional vaccines use a virus germ that has been killed, while others use a weakened or "attenuated" strain.

These vaccines work when the body treats the deactivated pathogen as if it were a real threat, producing antibodies to kill it without endangering the patient with full infection.

So-called "sub-unit" vaccines contain a fragment of the virus or bacteria they are derived from to produce a similar immune response.

"Viral vector" varieties deliver fragments of viral DNA into cells, often hitching a lift off of other virus molecules.

For example, a measles virus modified with a coronavirus protein -- the apparatus SARS-CoV-2 uses to latch on to human cells -- can be deployed to provide immunity to Covid-19.

Both Pfizer's and Moderna's vaccines are based on cutting-edge technology that uses synthetic versions of molecules called messenger RNA to hack into human cells, and effectively turn them into vaccine-making factories.

Is there a vaccine against mistrust?

Whichever vaccine is the first to be distributed, there's a final question that scientists are powerless to answer but that could determine the success of their efforts: in an era of deep mistrust of authority, how many people will refuse to be vaccinated?

According to a study last month in the Royal Society journal Open Science, a significant percentage of people in many countries subscribe to conspiracy theories about the origin of the vaccines, or the virus itself.

In Mexico, for example, more than a fifth of those questioned said they thought the pandemic itself was "part of a plan to impose vaccinations worldwide."

A survey published earlier this month by the World Economic Forum covering 15 countries found that the number of people willing to be vaccinated had dropped since August from 77% to 73%.