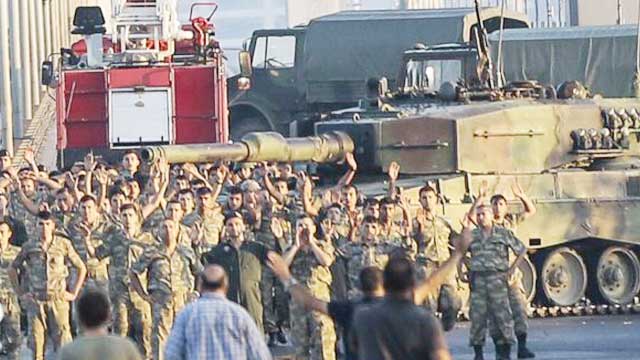 A Turkish court jailed 337 former pilots and other suspects for life in one of the largest trials stemming from the bloody 2016 coup attempt against President Recep Tayyip Erdogan.

Fethullah Gulen, a US-based Muslim preacher who was once an Erdogan ally, is accused of ordering the failed putsch. Gulen, whose movement has been proscribed as a terrorist group by Ankara, strongly denies all charges.

A total of 251 people died and more than 2,000 were injured in what has turned into the defining moment of Erdogan's rule and contemporary Turkish politics.

The country's largest courtroom was packed with dozens of security personnel and lawyers and the presiding judge ordered one protesting defendant to "Sit down!" several times before reading the verdict.

He handed down multiple life sentences to disgruntled air force pilots who bombed the capital Ankara and civilians who orchestrated the coup attempt from inside the Akinci military base near the capital.

Sixty suspects were given jail sentences of various lengths while 75 were acquitted.

The full verdict is expected to be officially published later Thursday.-AFP