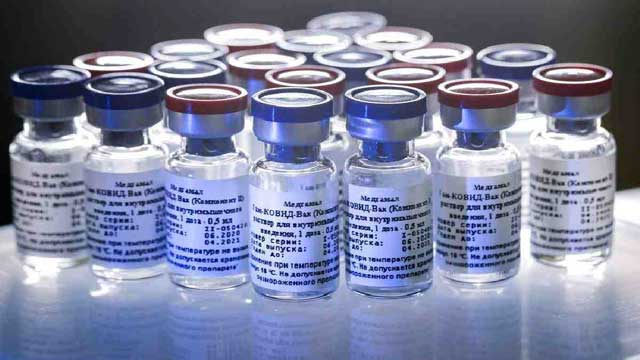 The government is paying about $30 million, or Tk 260 crore, more than the price set by AstraZeneca to buy three crore doses of the Oxford COVID-19 vaccine from its manufacturer Serum Institute of India through its local vendor Beximco Pharmaceuticals.

As per the tripartite contract signed by the health ministry on November 4 with Serum and Beximco for buying the quantity, the government agreed to pay $4 for each dose.

But AstraZeneca, which has obtained the licence of the Oxford vaccine, later on November 24 announced the rate for the vaccine, fixing $3 as the ceiling price for each dose.

As per the tripartite deal, Beximco would charge $1 extra each dose for carrying the vaccines from Serum’s warehouse in India to the Bangladesh government’s warehouses maintaining the required normal refrigerated condition.

Olivier Nataf, head of Anglo-Swiss AstraZeneca in France, on November 24 told AFP that the price would be around 2.50 euros ($3) each dose for making it affordable to people of the low- and middle-income countries.

‘We are committed to these three billion doses at cost price for 2021. We must not forget that this is a race against the virus rather than a race for the vaccine between competitors,’ Olivier Nataf said.

Several international and Indian dailies, including Economic Times and Times of India, have recently reported that Serum Institute set a ceiling price of $3 for each vaccine dose for 92 low- and middle-income countries, including India, as part of a new partnership with Gavi, the Vaccine Alliance and the Bill & Melinda Gates Foundation.

Serum’s chief executive officer Adar Poonawalla in an interview at the Hindustan Times Leadership Summit said that the Indian government would get the vaccine at $3 per dose while it might sell each dose commercially to the general people in India for Rs 500 ($ 6.7), according to a Business Today report on November 29.

The Oxford-AstraZeneca vaccine, with a 70 per efficacy, is in further trials and is expected to be available in Bangladesh in January, health ministry officials said, adding that each person would need two doses of the vaccine.

Sir John Bell, the Regius professor of medicine at Oxford University, on November 27 told CNBC that more data will be needed about AstraZeneca’s coronavirus vaccine trials to

determine its safety and efficacy.

Shares of AstraZeneca dipped this week after the company announced interim results from its COVID vaccine trials on Monday, according to CNBC.

On November 16, the Finance Division released Tk 735.77 crore for the procurement of the COVID-19 vaccine against the demand for Tk 1,271 crore from the ministry of health submitted on November 10 to purchase three crore doses of the vaccine.

In the tripartite agreement signing ceremony on November 4, Beximco Pharma managing director Nazmul Hassan said that the company worked as a mediator between the government and Serum Institute for importing the vaccine paying the same price that Serum would charge from Indian government.

‘We have considered the Oxford-AstraZeneca COVID-19 vaccine production by Serum Institute as the best option for its potential, proven safety and the suitability for our weather,’ said Nazmul.

Beximco Pharma chief operating officer Rabbur Reza, who signed the agreement on behalf of his company, told New Age on November 4 that it took a separate government permission to import 10 lakh doses of the vaccine from Serum and would sell each dose at $8 in the local market.

‘We will import more vaccine if we see that there is more demand,’ he said, adding that the vaccine production by Serum would not require trial in Bangladesh if it got the WHO approval.

In reply to a query about their decision to sell each dose of the vaccine at a price $1 more than the AstraZeneca price to the Bangladesh government, Rabbur Reza in a written statement said, ‘The agreed price for supply to Govt of Bangladesh is US$ 4.0 per dose for Oxford/AstraZeneca vaccine AZD1222. In case Serum supplies this vaccine to the Govt of India at a lower price (less than US$ 4.0 per dose), Serum shall match the same price for the supply to Govt of Bangladesh. In summary, Serum’s supply price for this vaccine will be the same for both the Indian and Bangladesh government.’

Asked, Serum Institute’s additional director Sandeep Mulay did not say anything about the matter.

Health secretary Md Abdul Mannan, however, claimed that the contract was signed maintaining the transparency and preserving the national interest.

‘The contract has a provision for reviewing the price,’ Mannan added.

He also said that the government would get the vaccine at the rate of $3 per dose from Serum Institute through Gavi like other low- and middle-income countries.