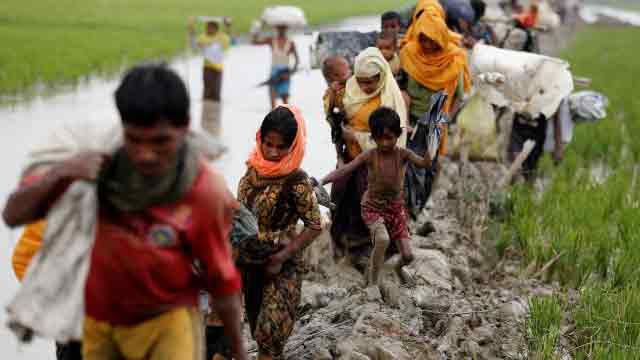 Dhaka, Feb 24 (Just News): Myanmar's parliament has approved a budget of about $15 million for the construction of a fence and related projects along the border with Bangladesh in Rakhine state, from which about 700,000 members of its persecuted ethnic Rohingya Muslim minority have fled violence since last August.

There is widespread prejudice against the Rohingya because they are seen as illegal immigrants from Bangladesh, although they are long-time settlers. Most are stateless and face widespread social and official discrimination.

The Rohingya fled largely in response to brutal violence by state security forces, who have been accused of gross human rights abuses and "ethnic cleansing." The security forces acted after a Rohingya militant group carried out coordinated attacks on more than 30 police outposts and other targets.

Negotiations are underway to have the Rohingya return to Myanmar, but there is extreme concern that their safety and well-being is not guaranteed. Many have no homes left because their villages were leveled.

The military's actions against the Rohingya are widely supported by Myanmar's Buddhist majority, which has little sympathy for the Muslim minority. In late October, the military received $5 million from private Buddhist donors to fund the border fence.