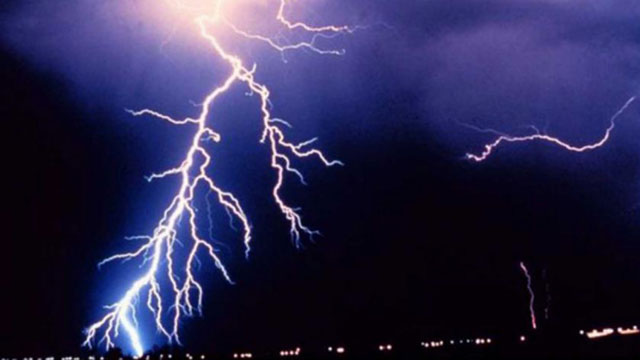 Over 50 people, including children, were killed by lightning in northern Indian states of Uttar Pradesh and Rajasthan on Sunday, police said today.

In Uttar Pradesh, most of the deaths -- 14 -- were reported in Prayagraj (formerly Allahabad) district while five deaths each were reported in Kanpur and Fatehpur districts, reports our New Delhi correspondent. In Kaushambi, four people died due to lightning strike and Firozabad, Unnao and Rae Bareli reported two deaths each. Hardoi and Jhansi also reported one death each.

For all latest news, follow The Daily Star's Google News channel.
A report from Rajasthan said 18 people, including seven children, were killed in separate incidents of lightning in the state's capital Jaipur and Kota, Jhalawar and Dholpur districts.

Twenty-one people, including six children, were also injured in lightning in separate villages in the state.

in Jaipur, 11 persons, mostly youths, were killed and eight injured when lightning struck them on a hill near the famous Amber Fort, officials said.

Some of them were taking selfies on a watch tower while the others were on the hill.

In Kota's Garda village, four children died on the spot after lightning struck a tree under which they took shelter along with their cattle, Station House Officer Mukesh Tyagi said, adding that about 10 goats and a cow were also killed in the tragedy.

In Rajasthan's Dholpur district, three children were killed and a shepherd perished in Jhalawar's Lalgaon village after lightning struck them.