Thousands celebrate Eid on Tuesday in line with Saudi Arabia 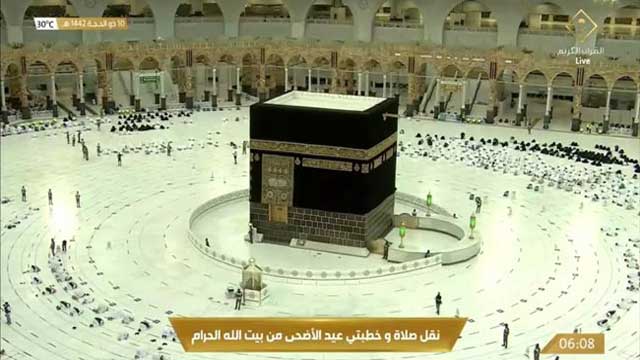 Muslims of hundreds of villages in several districts of Bangladesh are celebrating Eid-ul-Azha on Tuesday in keeping with their tradition of observing most religious festivals along with Saudi Arabia.

The villages in Tangail, Dinajpur, Satkhira, and Chandpur, along with a number of other districts, kicked off the festival with Eid prayers at their respective congregations.

Most Muslims in Bangladesh will, however, officially celebrate Eid on Wednesday.

But followers of different clerics or Pirs in these villages traditionally observe most religious events and festivals, such as the two Eids, Ramadan, Shab-e-Barat, Shab-e-Meraj and Shab-e-Qadr, in keeping with dates followed in Middle Eastern countries every year.

Saudi Arabia and the other Middle Eastern countries are celebrating Eid on Tuesday in line with moon sightings in the region.

Apart from the Middle East, the holy Eid-ul-Azha is also being celebrated in Australia, Canada, America and other European countries on the day.

Meanwhile, the followers of some Muslim sects also celebrated Eid in some parts of Dhaka along with Saudi Arabia.