Dozens of civilians, 12 US troops killed in bloodbath at Kabul airport 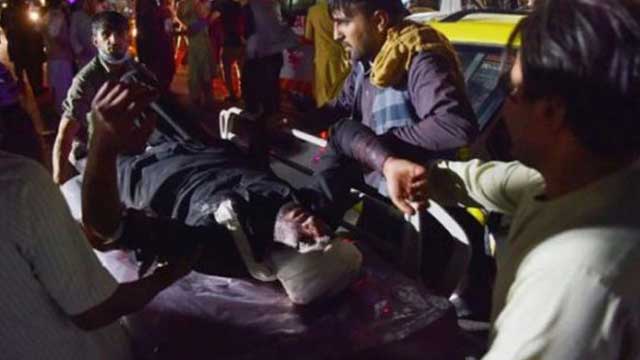 Suicide bombers struck the crowded gates of Kabul airport with at least two explosions on Thursday, causing a bloodbath among civilians and U.S. troops, and bringing a catastrophic halt to the airlift of tens of thousands of Afghans desperate to flee.

Two U.S. officials put the U.S. death toll at 12 service members killed, making it one of the deadliest incidents for American troops of the entire 20-year war.

There was no complete toll of Afghan civilians but video images uploaded by Afghan journalists showed dozens of bodies of people killed in packed crowds outside the airport.

A watery ditch by the airport fence was filled with bloodsoaked corpses, some being fished out and laid in heaps on the canal side while wailing civilians searched for loved ones.

Several Western countries said the airlift of civilians was now effectively over, with the United States having sealed the gates of the airport leaving no way out for tens of thousands of Afghans who worked for the West through two decades of war.

A Taliban official said at least 13 people including children had been killed in the attack and 52 were wounded, though it was clear from video footage that those figures were far from complete. One surgical hospital run by an Italian charity said it alone was treating more than 60 wounded.

The explosions took place amid the crowds outside the airport who have been massing for days in hope of escaping in an airlift which the United States says will end by Tuesday, following the swift capture of the country by the Taliban.

There was no immediate claim of responsibility for the blasts, but U.S. officials pointed the finger at Islamic State's Afghan affiliate, ISIS-Khorosan, which has emerged as enemies of both the West and of the Taliban. read more

A witness who gave his name as Jamshed said he went to the airport in the hope of getting a visa for the United States.

"There was a very strong and powerful suicide attack, in the middle of the people. Many were killed, including Americans," he said.-Reuters