Trump suggests summit with NKorea’s Kim could be delayed 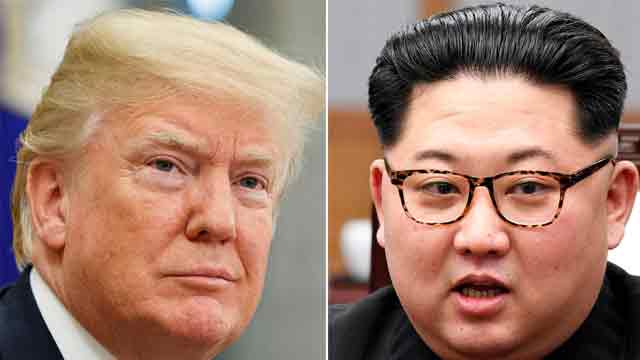 Washington, May 22 (Just News): President Donald Trump suggested Tuesday that a planned historic meeting with North Korea's Kim Jong Un could be delayed, saying the summit "may not work out for 12 June."

Trump raised the possibility that the meeting could be pushed back during a White House meeting with South Korea president Moon Jae-in as the two leaders sought to coordinate strategy as concerns mounted over ensuring a successful outcome for the North Korea summit.

Trump told reporters: "If it doesn't happen, may be it happens later," reflecting recent setbacks to bring about reconciliation between the two Koreas. The North pulled out of planned peace talks with the South last week, objecting to long-scheduled joint military exercises between U.S. and the Republic of Korea forces, and it threatened to abandon the planned Trump-Kim meeting over the U.S. insistence on denuclearizing the peninsula.

Moon said in the Oval Office that the "fate and the future" of the Korean Peninsula hinged on the talks, telling the U.S. president that they were "one step closer" to the dream of a denuclearized Korean Peninsula.

"There are certain conditions that we want," Trump said. He added if they aren't met, "we won't have the meeting." He declined to elaborate on those conditions.-AP