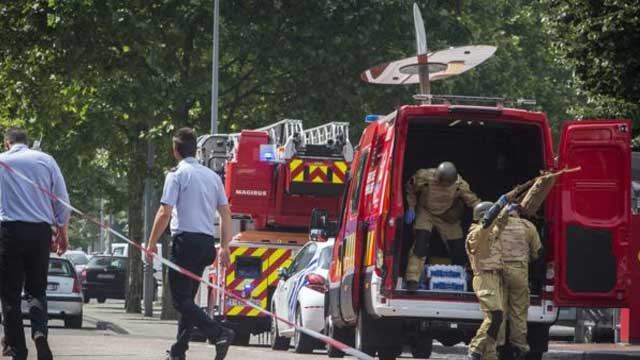 Dhaka, May 29 (Just News): A man has shot dead two female police officers and a civilian in the eastern Belgian city of Liège.

The gunman also took a female cleaner hostage at a school before being killed by police. Two other police officers were also injured.

The man's motive is not yet clear but the incident is being treated as terrorism.

The deaths of the two female officers were confirmed by the local mayor's office, AFP news agency reported.

Belgian broadcaster RTBF said the gunman was let out from prison on temporary release on Monday where he had been serving time on drug offences. It said that he may have been radicalised while in jail.
What happened?

The shooting unfolded late morning on Tuesday near a cafe in the city centre.

Prosecutors said the man followed and attacked the officers with a knife, before taking a gun from them and opening fire.

He also shot dead a 22-year-old man who was sitting in the passenger seat of a parked car as he walked in the direction of a nearby school, where he briefly took a member of staff hostage, prosecutors said.

Armed police officers then arrived at the scene and "intervened", prosecutors added.

The attacker began firing at the officers in an attempt to escape, injuring a number of them "around their legs", before he was shot dead.

Footage on social media showed people running to safety as several gunshots rang out. Children at the school were moved to safety.

Liege city authorities later tweeted: "The children in the local schools are safe."

Belgium's Prime Minister Charles Michel said he was following the situation closely and expressed his support for those caught up in the shooting.