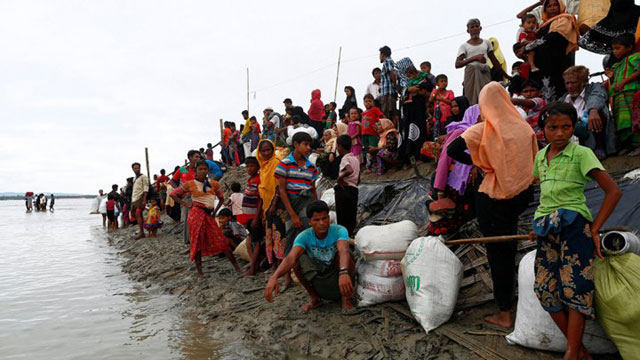 Yangon, May 6 (Just News): Myanmar and UN agencies signed an agreement that might eventually lead to the return of some of the 700,000 Rohingya Muslims who fled brutal persecution by the country's security forces and are now crowded into makeshift camps in Bangladesh.

The memorandum of understanding signed Wednesday promises to establish a "framework of cooperation" that aims to create the conditions for "voluntary, safe, dignified and sustainable" repatriation of Rohingya refugees.

Myanmar's security forces have been accused of rape, killing, torture and the burning of Rohingya homes. The UN and US have described the army crackdown that began in August last year as "ethnic cleansing."

Myanmar and Bangladesh agreed in November to begin repatriating Rohingya, but refugees feared their lives would be at risk in Myanmar without international monitoring.-AP