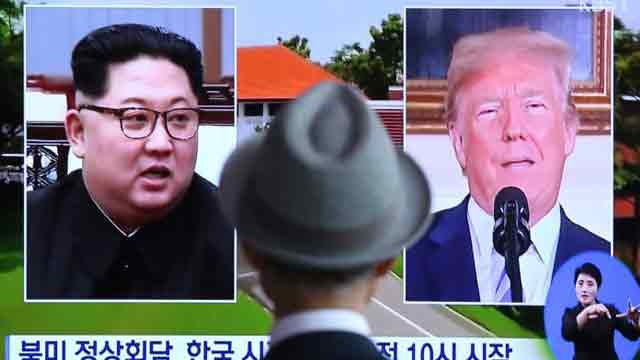 The White House says Trump will address the media on Tuesday following his summit with Kim and depart Singapore at approximately 8 P.M. The president had been expected to leave Singapore on Wednesday morning.

Trump is set to meet with Kim in Singapore on Tuesday morning.

Kim arrived Sunday in Singapore ahead of one of the most unusual and highly anticipated summits in recent world history, a sit-down Tuesday with Trump meant to settle a standoff over Pyongyang's nuclear bomb arsenal.

Kim's summit with Trump has captured intense global attention after a turn to diplomacy in recent months replaced, for the time being, serious fears of war last year amid North Korean nuclear and missile tests.-AP