US ‘will not be a migrant camp’: Trump 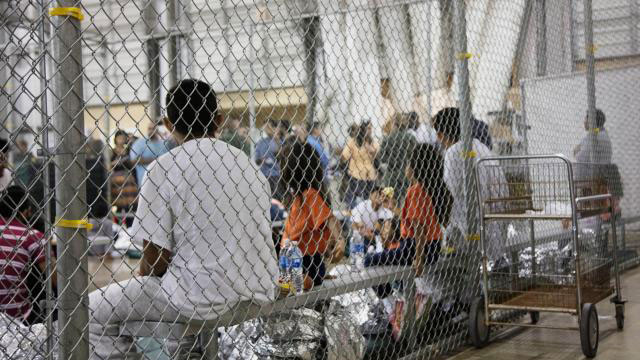 Washington, Jun 19 (Just News): US president Donald Trump vowed Monday that the United States would not become a “migrant camp,” as he faced soaring pressure to end the separation of immigrant families on America’s southern border.

While top administration officials stood by Trump’s policy of “zero tolerance” towards unauthorized border crossers, and insisted children were being held in humane conditions, criticism swelled from rights groups and within the president’s own Republican Party.

With the US border crisis shaping up as a critical challenge of his presidency, Trump stood defiant even as Democratic lawmakers accused authorities of keeping children in “cages” separate from their incarcerated parents and Amnesty International likened the practice to “torture.”

Earlier, Trump barged into an immigration row rocking Europe, where countries have clashed on the issue, saying the continent made a “big mistake” by allowing in migrants.

The US leader has repeatedly stoked fears of migrant-driven crime to advance his anti-immigration agenda.

On the home front, Trump has said he wants family separations to end, but has refused to take responsibility-instead blaming Democrats, the minority party in Congress, for blocking legislation on the broader issue of illegal immigration.

New Department of Homeland Security data shows that 2,342 children have been separated from their parents or guardians since early May, when the administration said it would arrest and charge all migrants illegally crossing the Mexican border, regardless of whether they were seeking asylum.

Since children cannot be sent to the facilities where their parents are held, they are separated from them.

In heartbreaking audio released by transparency group ProPublica, several Central American children separated from their parents are heard desperately sobbing and wailing, some so hard they almost cannot breathe.

“Mommy! I want to go with dad,” a young girl is heard crying out.

The United Nations slammed the practice as unconscionable, while rights group Amnesty International blasted a “spectacularly cruel” policy which has resulted in frightened children pried from their parent’s arms and taken to overflowing detention centres.

“This is nothing short of torture,” said Amnesty’s Americas director Erika Guevara-Rosas.

US public opinion appears divided along partisan lines on the family separations, with two-thirds of all American voters opposed, but 55 per cent of Republicans supporting the policy, according to a Quinnipiac University National Poll.-AFP