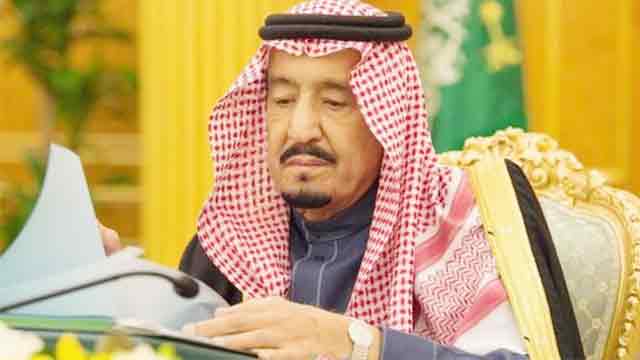 Riyadh, Dec 13 (Just News): Palestinians have the right to Israeli-annexed east Jerusalem as their capital, Saudi King Salman said Wednesday, echoing calls at an Islamic summit in Istanbul from which he had stayed away.

“The kingdom has called for a political solution to resolve regional crises, foremost of which is the Palestinian issue and the restoration of the Palestinian people’s legitimate rights, including the right to establish their independent state with east Jerusalem as its capital,” the king said.

Salman’s address to the kingdom’s Consultative Council came as the world’s main pan-Islamic body held an emergency summit in Istanbul in response to last week’s US recognition of Jerusalem as Israel’s capital.

The king renewed his condemnation of President Donald Trump’s decision, saying it “represents an extreme bias against the rights of the Palestinian people in Jerusalem that have been guaranteed by international resolutions”.

At Wednesday’s summit, Turkish President Recep Tayyip Erdogan called on the world to recognise east Jerusalem as the “capital of Palestine”, while Palestinian leader Mahmud Abbas warned there could be no peace in the Middle East until such a move was made.

“Some countries in our region are in cooperation with the United States and the Zionist regime in determining the fate of Palestine,” he said.

Jordanian King Abdullah II, Lebanese President Michel Aoun, the emirs of Qatar and Kuwait and the presidents of Afghanistan and Indonesia all joined the summit.

But Saudi Arabia, which hosts the pan-Islamic bloc’s secretariat, sent only a senior foreign ministry official.-AFP