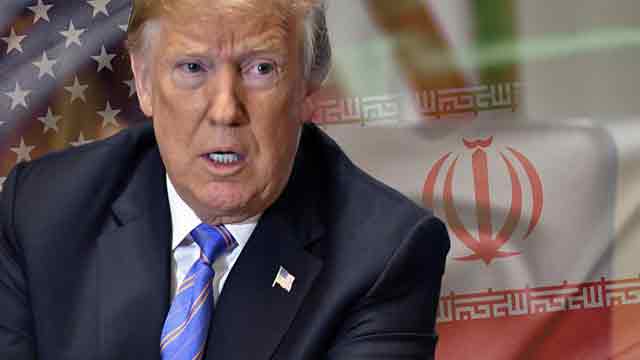 Washington, July 31 (Just News): Donald Trump has offered to meet Iran's leaders with "no preconditions" and "any time they want".

"I'd meet with anybody. I believe in meetings," the US president told reporters at the White House.

In May, the US left a deal which curbed Iran's nuclear activities in return for the lifting of international sanctions.

Washington is preparing to re-impose sanctions on Tehran within days - despite objections from the UK, France, China, Russia and Germany, which also signed the 2015 agreement.

The US is deeply suspicious of Iranian activity in the Middle East and is an ally of Israel and Saudi Arabia, two of Iran's foes.

"If they want to meet, we'll meet," Mr Trump said.

Hamid Aboutalebi, an adviser to President Rouhani, tweeted in response to Mr Trump that "returning to the nuclear deal" and "respecting the Iranian nation's rights" would pave way for talks.

Such a meeting would be the first between US and Iranian leaders since before the 1979 Iranian revolution.

Shortly afterwards Secretary of State Mike Pompeo said he would support a meeting if Iran showed it was willing to change its behaviour.

The "president wants to meet with folks to solve problems", he told CNBC.

Last week Mr Trump responded angrily to Mr Rouhani, who had earlier warned of the consequences of a conflict with his country.

Mr Trump tweeted in capitals that Iran would "suffer consequences the likes of which few throughout history have ever suffered before" if it threatened the US.

In May Mr Pompeo laid out 12 conditions for any "new deal" with Iran, including the withdrawal of its forces from Syria and an end to its support for rebels in Yemen.

What do the US and Iran disagree on?

Mr Trump has consistently opposed the 2015 nuclear deal, which saw the US release billions of dollars of frozen assets in exchange for curbs on Iran's nuclear programme
The Trump administration regards Iran as a destabilising force in the Middle East, arguing the nuclear deal enabled Iran to pursue a more assertive regional policy. Iran has sent hundreds of troops and thousands of volunteer militiamen to Syria, and has strengthened its military presence there
Gulf states have accused Iran of backing Yemen's Houthi rebels with both money and weapons, though Iran has denied this. Saudi Arabia, a key US ally, is a major adversary of Iran and has repeatedly warned about Iran's intentions

Why did the US withdraw from the nuclear deal?

In May, Mr Trump called the nuclear accord - or Joint Comprehensive Plan of Action (JCPOA) - a "horrible, one-sided deal".

He alleged that the deal did not restrict Iran's "destabilising activities" in the region enough.

Iran insists its nuclear programme is entirely peaceful, and its compliance with the deal has been verified by the International Atomic Energy Agency (IAEA), which has said Iran is honouring its commitments.

Iran is one of the world's largest oil producers, with exports worth billions of dollars each year. It is already feeling economic pressures, and has seen large-scale protests over rising prices and a decline in the value of its currency, the rial.-BBC