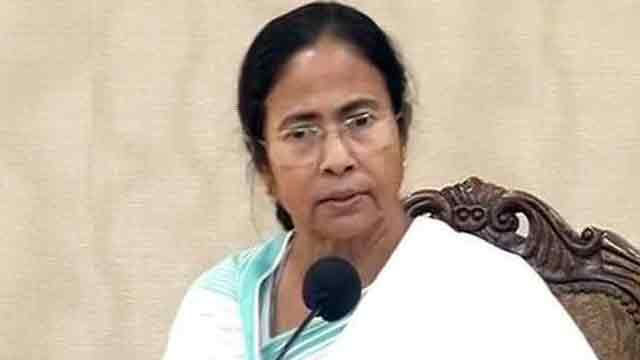 New Delhi, July 31 (Just News): Heated debates over stripping around 40 lakh people in Assam of citizenship continued for the second day yesterday with the opposition parties accusing the government of politicising the issue and making people refugees in their own country.

The ruling BJP came down heavily on the oppositions, asking whether they wanted rights of the people of Assam and India or that they wanted to save "illegal infiltrators", reported the Hindustan Times.

West Bengal Chief Minister Mamata Banerjee warned that the issue may trigger a bloodbath or civil war. "They [BJP] are trying to divide the people. The situation cannot be tolerated. There will be a civil war, bloodbath in the country," she told a conclave in New Delhi, reported NDTV.

"I am surprised to see that the names of our former president Fakhruddin Ali Ahmed's family members are not on the NRC Assam list," Ms Banerjee said. "What else can I say? There are so many people whose names are not there".

Initiating discussion on the issue in Rajya Sabha, Congress leader Ghulam Nabi Azad said, "National Registration of Citizens [NRC] should not be politicised and used as vote bank. It is a human rights issue, not a Hindu-Muslim issue, reported our New Delhi correspondent.

"We don't want any person to be driven out of the country. This is not only about 40 lakh people, if you consider their children, families, it comes to 1-1.5 crore people," he said, adding “the issue may have international ramifications, especially India's relation with close friend Bangladesh.”

The government should make legal provisions for the affected people and there should be no harassment. "Even if one document is there out of the 16 documents required to prove identity, it should suffice … no political party should make it a political or vote issue”.

"Where will the persons go? asked Ram Gopal Yadav of Samajwadi Party. Among the excluded there are Hindus and Muslims and even those from states like Bihar and Uttar Pradesh, he pointed out.

Aam Aadmi Party lawmaker Sanjay Singh said if the formula was implemented, it would trigger fights between states.

Sukhendu Sekhar Roy of Trinamool Congress said their leader Mamata Banerjee wants the NRC to be withdrawn. He claimed Indian citizens as well as government officials have been left out of the draft NRC list.

Speaking on the issue, Prasanna Acharya of Biju Janata Dal, urged Home Minister Rajnath Singh, who was present in the House, to provide an assurance that all irregularities in the NRC will be taken care of.

TK Rangarajan of CPI (M) termed the draft "illegal" as it does not take into account several people from other parts of India who moved to Assam.

In reply, BJP president and Rajya Sabha member Amit Shah said 1985 Assam Accord was signed by the then Prime Minister Rajiv Gandhi, and that accord was “soul” of the NRC.

Later at a press conference, Amit Shah accused main opposition Congress of initiating the idea of NRC but lacking courage to carry on with it.

Union Minister Kiren Rijiju lashed out at Congress chief Rahul Gandhi for opposing the NRC draft despite claiming that the document was the “century-old party's baby.”

Gandhi in a Facebook post said on Monday, “The NRC was initiated by the United Progressive Alliance under Manmohan Singh to fulfill the commitment made in the Assam Accord of 1985.

“However, the manner in which this exercise has been undertaken by the BJP government at the centre and in the state of Assam leaves much to be desired. There are reports pouring in from all corners of Assam, of Indian citizens finding their names missing in the draft NRC, creating massive insecurity in the state,” he wrote.

Amid uproar over the row, the Rajya Sabha had to be adjourned for the day.

Lok Sabha also witnessed protest as Congress and Trinamool Congress put a notice to set aside all other businesses and discuss on citizens' list. Congress demanded an all-party meeting, saying the matter not only affects lives of people but also relations with neighboring countries, especially Bangladesh.

The issue was raised by Trinamool Congress whose leader Mamata Banerjee is expected to meet Home Minister Rajnath Singh to register her protest over the draft, which she claimed was a conspiracy aimed at evicting Bangalees and Biharis from Assam.

Anger and fear gripped Assam people left out in the final draft of NRC released in Guwahati on Monday. The government urged people not to panic as “ample opportunity” will be given to the applicants if they file claims and objections, which will begin on August 30 and continue till September 28. The final list will be released on December 21.

Despite assurance against arrest or harassment, a few media outlets in Assam reported suspects were being taken to temporary detention centres.

Meanwhile, Indian Supreme Court yesterday told the Centre no authority will take any coercive action against the people excluded at present from the list of valid citizens in the final draft.

It also directed the union government to prepare a standard operating procedure to provide a fair mechanism to deal with claims and objections of the people who have been excluded from the list, The Times of India reported.