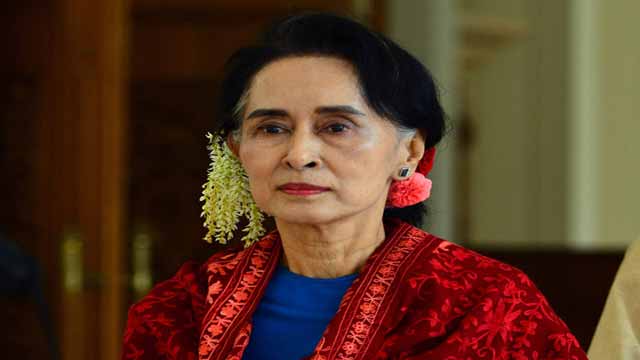 Musician Bob Geldof handed back his Freedom of Dublin award last month to protest against the inclusion of Ms Suu Kyi on the honours list.

She has been accused of ignoring the persecution of Myanmar's Rohingya Muslims; half a million have fled to Bangladesh following recent violence.

Some 59 councillors backed the motion, with two against and one abstention.

The Dublin City councillors also agreed to remove Sir Bob Geldof's name from the roll of honour, after he returned his Freedom of Dublin City scroll to the council last month.

On Tuesday U2 penned a letter to councillors urging them to strip Suu Kyi of the honour.

Independent Councillor Cieran Perry welcomed the removal of the honour.

“The daily oppression of the Rohingya people cannot be allowed to continue and if the revoking of this honour contributes to the pressure on the Burmese Government to respect their fellow citizens it is to be welcomed," he said.