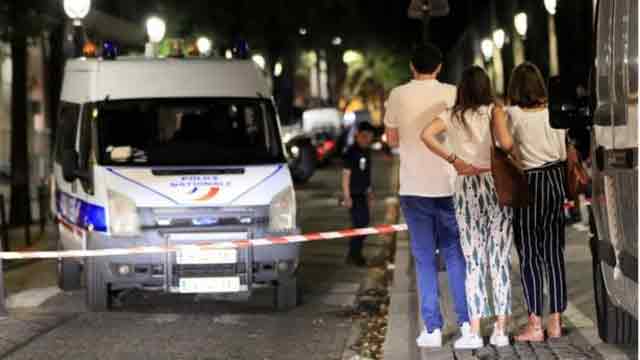 Paris, Sep 10 (Just News): Seven people have been injured, four seriously, in an attack by a man armed with a knife and an iron bar in the French capital, Paris, police say.

The man, said to be an Afghan national, was arrested. Sources said there was no indication it was a terrorist attack.

Several reports say two of those injured are British tourists.

The attack took place just before 23:00 (21:00 GMT) on the banks of a canal in the 19th arrondissement, in the north-east of the capital.

Sources said the man had attacked strangers, initially stabbing two men and a woman near the MK2 cinema on the Quai de Loire, along the Ourcq canal.

Several people playing the game pétanque nearby reportedly threw balls at the attacker to try to stop him.

The man was hit and fled. He then reportedly attacked the two British tourists on rue Henri Nogueres.

"We are urgently investigating this incident and are in close contact with the French authorities," the UK Foreign Office said in a statement.

A French police source said: "At this stage there is nothing to indicate that it could be a terrorist attack."