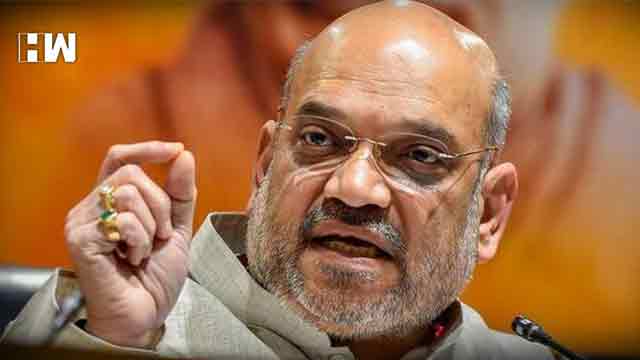 In remarks he has repeated at least twice in the last three days, Amit Shah, president of the right-wing Bharatiya Janata Party (BJP), said millions of "illegal infiltrators" have entered the country like "termites" and should be "uprooted".

"Should they be thrown out or not? Millions of infiltrators have entered our country and are eating the country like termites. Should we not uproot them?" local media reported Shah as saying at a public meeting in capital New Delhi.

Shah made similar remarks on Friday at an election rally in the western Indian state of Rajasthan.

He said the BJP would deport "every single illegal immigrant" if it wins re-election early next year - a promise the party also made before the 2014 polls.

Shah's comments, meanwhile, were termed "unwanted" by Bangladesh, which responded by saying since he was not a government official, the remarks do not matter.

"Amit Shah has made an unwanted remark by describing Bangladeshis as termites. We, in Dhaka, do not give any importance to his statement as it does not carry the gravity of an official statement of India," Bangladesh's Minister of Information Hasanul Haq Inu told Indian newspaper The Hindu.

In a post on Twitter on Monday, human rights group Amnesty India said it was "horrified" by Shah's remarks and urged him not to "dehumanise" people.

"Even before the NRC (National Register of Citizens) process is over, it is horrific to hear Amit Shah dubbing Bangladeshi migrants as 'termites'. Dear Mr Shah, please STOP dehumanising people, irrespective of them being in the NRC list or not," Amnesty India tweeted.

For the past few months, the NRC, a register of Indian citizens residing in the northeastern state of Assam, has remained a contentious issue for declaring four million of the state's residents as foreigners.

Andrew Stroehlein, European media director at the US-based Human Rights Watch, said Shah's statement was "disturbing" and reminded of a "path to genocide".

"The president of India's ruling party crosses a disturbing and well-known line. The path to genocide and other mass atrocity crimes is always first paved by powerful politicians using dehumanising language of "termites", "cockroaches" or "vermin"," Stroehlein said on Twitter.
What is the NRC issue?

While the issue of undocumented Bangladeshi immigrants in Assam has remained on the boil since 2014, a controversial NRC draft released in earlier this year turned it into one of the many polarising topics in Indian politics.

On July 30, following orders from the Supreme Court, the Registrar General of India published a second and final draft register of the state's citizens, excluding four million people from the list and sparking fears of mass deportation.

Unique to Assam, the NRC was first prepared in 1951 to distinguish Indian citizens from undocumented migrants from East Pakistan, which in 1971 became Bangladesh.

The cutoff date to be eligible for an NRC entry was March 24, 1971, as per the 1985 Assam Accord, signed between the Indian government and anti-foreigners agitators.

After Bangladesh seceded from Pakistan, millions of refugees crossed into Assam, bringing the issue of foreigners into national focus.

The migration resulted in violent anti-foreigners protests in Assam in the 1970s and the 80s, killing thousands. In 1983, nearly 2,000 Muslims, including children, were massacred on a single day in Nellie village.

The 1985 accord brought consensus on the eligibility criteria for Indian citizenship.

Critics have compared the move to strip millions of people, mostly Muslims, of their citizenship to the situation in Myanmar, which denies rights and protection to its Rohingya minority.

Incidentally, Shah's remarks also came in advance of a two-month process, that starts on Tuesday, allowing people left out in the draft NRC to file their claims and objections before a definitive list is released in December.-Al Jazeera