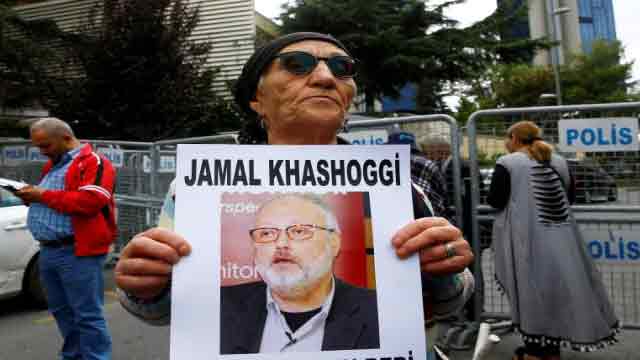 The official Saudi Press Agency said they stressed ‘the importance of the Saudi-US strategic partnership’ in a meeting on the eve of a key investment conference in Riyadh.

Mnuchin is a among a wave of Western political leaders who pulled out of the Future Investment Initiative amid global outrage over the journalist's murder in Saudi Arabia's Istanbul consulate.

Trump said on Monday he was ‘not satisfied’ with Riyadh's explanation of how Khashoggi, a Washington Post contributor, died inside the Saudi consulate.

Mnuchin's withdrawal from the investment conference came after top financial, trade and foreign officials from Britain, France and Germany also dropped out.

The Saudis have said they plan to move forward with the conference, scheduled for Tuesday through Thursday, despite a wave of cancellations by business titans and media giants.-AFP