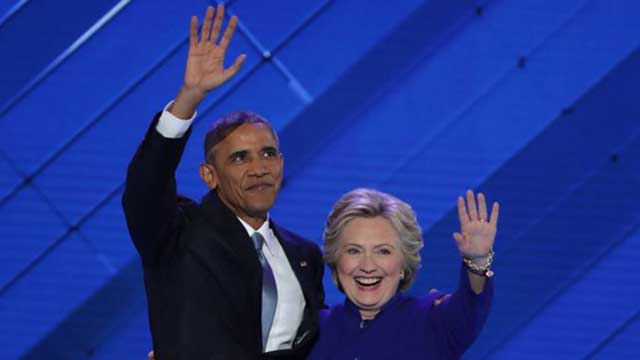 The package to Clinton was found late Tuesday while another package addressed to Obama was found early Wednesday, both during routine mail screenings, the Secret Service said. Both Obama and Clinton were not at risk, authorities said.

The package addressed to Clinton at her home in the New York suburb of Chappaqua was an explosive device, the New York Times reported. The FBI said it was investigating the package.

The discovery of the packages came after a small bomb was found earlier this week at the home of billionaire liberal donor George Soros, in the New York City suburb of Katonah.

The device sent to Clinton was similar to the one found on Monday at Soros’ home, the Times reported, citing a law enforcement official.

Chappaqua police said authorities in New Castle assisted the FBI, the Secret Service and Westchester County police with the investigation into the package sent to Clinton.

“The matter is currently under federal investigation,” the police said in a statement, referring questions to the FBI.-Reuters