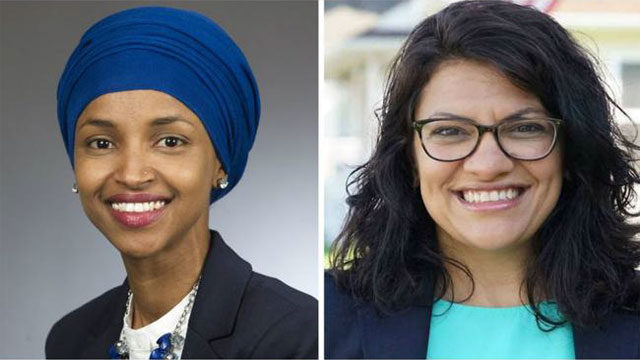 Omar, the first Somali-American Muslim to ever become a lawmaker when elected to the Minnesota’s House of Representatives in 2016, is now one of the first two Muslim women elected to the US Congress. Omar replaces Democratic Rep. Keith Ellison, the first Muslim elected to Congress, after winning the Democratic primary for his seat in August, reports time.com.

Omar, whose platform included support for Medicare for All, criminal justice reform and the increase of minimum wage, won the seat over Republican Jennifer Zielinski. Along with being one of the first Muslim women in Congress, Omar is the first Somali-American elected to the post.

Omar made history in 2016 when she was elected the first Somali-American legislator in the US, for which she was featured in Firsts, TIME’s multimedia project on trailblazing women have broken glass ceilings in their respective fields. After moving to the US at the of 12 as a Somali refugee, Omar told TIME she grew a love for politics that was inspired by her grandfather, who loved the idea of democratic governments. Following her win in 2016, Omar said her political involvement had become more than ‘about me or the win or the loss. It became about the changing the narrative’ surrounding immigrants and women of colour who run for office.

‘Regardless of whether we win or lose, this gets to shift the narrative of what is possible,’ she said.

Tlaib, a Democrat from Detroit who is the daughter of Palestinian immigrants, ran unopposed in Michigan’s 13th Congressional District to become one of the first Muslim women in Congress as well. Like Omar, Tlaib championed progressive policies, including a Medicare for All, a $15 minimum wage and immigration reform.

Omar and Tlaib join Congress in a year that saw a record number of women running for office and smashing records — Stacey Abrams sought to become the first black governor in the US while Alexandria Ocasio-Cortez became the youngest woman elected to Congress.