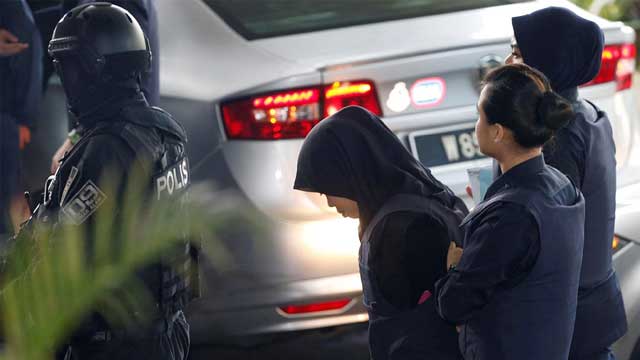 An Indonesian woman accused in the 2017 killing of the North Korean leader's half-brother was released from custody today after a Malaysian court dropped a murder charge against her.

After the court decision to release her, 26-year-old Siti Aisyah hugged her co-accused Doan Thi Huong, a 30-year-old Vietnamese woman, and cried.

From the outset of the case, there were suspicions that Kim Jong Nam was the victim of plot arranged by North Korean agents who left Malaysia in the hours after the killing, and the two women had been merely pawns in a political assassination.

Siti Aisyah had been working as a masseuse in Kuala Lumpur, while Doan described herself as an entertainer.

"I still believe that North Korea had something to do with it."

The trial of Siti Aisyah, 26, was suspended in December as her lawyers argued with prosecutors over access to statements made by seven witnesses.

Prosecutors told the court on Monday that they had been instructed to withdraw the charge against Siti Aisyah. No reason was given for the application.

Once the court released Siti Aisyah, she was immediately rushed to an elevator and was seen being escorted to an Indonesian embassy car waiting outside the courthouse.

While the court discharged Siti Aisyah from the case, it rejected her lawyer's request for her to be fully acquitted, as it said that the trial had already established a prima facie case and she could be recalled it fresh evidence emerges.