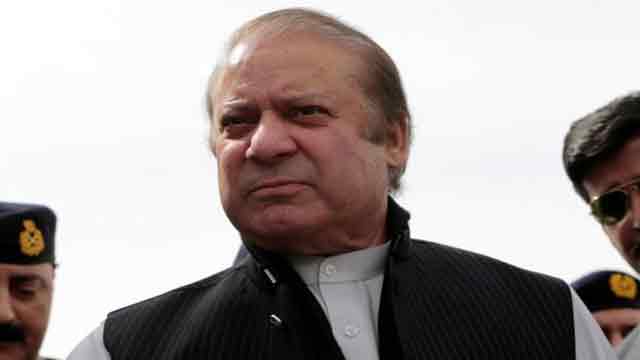 Dhaka, Jan 10 (Just News): Ousted Pakistan prime minister Nawaz Sharif said Sheikh Mujibur Rehman was not a rebel, but was made into one, reports Pakistani daily Dawn on Tuesday.

Sharif remarked, referring to the tragic consequences that followed the state's refusal to allow a popularly elected leader to hold the prime minister's office.

Returning to the secession of Bangladesh from Pakistan, the thrice-ousted prime minister said: "The Bengalis had a central role in the effort to create Pakistan, but we did not treat them well and separated them from us."

"No court that can try a dictator has ever come into existence in Pakistan," ousted prime minister Nawaz Sharif, himself sent packing by the Supreme Court, complained to a group of lawyers gathered at Punjab House, Islamabad on Tuesday.

Claiming that that he had been "persecuted" over the years and "pushed towards revolt", Sharif drew parallels between what he considers to be his own 'cornering' by the state and the events that led to the secession of Bangladesh from Pakistan.

This is not the first time Sharif has invoked the spectre of 1971 ever since he was unceremoniously ousted from power by the Supreme Court's Panamagate decision.

But "I want to forget all these wounds," he remarked. "I don't want to take them to a point where my emotions get out of my control."

"What has been done to me, and to all the elected prime ministers in this country's history, is not correct," he continued. "What kind of return for service to the nation is this?"

Demanding an end to the usurpation of democratically-elected governments, he asked that those involved in behind-the-scenes manipulation of the political order "repent for their sins and ask for forgiveness from the nation."

"The Justice Hamoodur Rehman Commission had published a very truthful and clear report on the creation of Bangladesh after a detailed analysis, but we did not even read it," Sharif lamented.

"Had we acted on it, today's Pakistan would have been different and the kinds of games that are being played would not have been played."

Sweeping past and incumbent judges together, Sharif accused the judiciary of complicity in weakening the democratic process, saying they had "legitimised dictatorships" and "invented the doctrine of necessity."

"They [dictators] were told 'We will never ask you, no one will ask you', and the nation kept quiet," Sharif said, conceding that the nation had collectively been at fault.

Regarding the current chief justice of Pakistan's suo moto notices of conditions at public hospitals, Sharif said: "Feel free to go to these hospitals, but also look at what is happening in your own courts. Hundreds of thousands of cases are pending in court and people are awaiting their decision."

"Justice is so expensive that even I am tired of paying my lawyers' fees," Sharif said.

Recalling that the Orange Line train project in Lahore had been threatened with closure, Sharif said: "It has already remained closed for a very long time, for which the people hold the judges responsible."

Stressing again on the need to introspect, Sharif said United States president Donald Trump's statement should have been an eye-opener for the nation, but nothing happened.

"Should the humiliating language used by Trump be acceptable to any country," Sharif asked, adding that the nation needs to hold itself accountable for why it was in such dire straits.

"We are the only country in the whole world which are being made to listen to these kinds of statements but are not ready to introspect," he said.

"The nations which do not hold themselves accountable face such attacks time and again."

Once again criticising the July 28 Panamagate verdict, Sharif claimed that he and daughter Maryam Safdar had been appearing before an accountability court, but had still not been told of the charges against them.

He also took on Pakistan Tehreek-i-Insaf (PTI) chief Imran Khan, saying while he [Nawaz] had been disqualified over an "imaginary salary", "those with 'different standards' have been declared Sadiq and Ameen."

"You are now hearing all their stories," he said, referring to rumours of Khan's third marriage.

Criticising the judgement in Imran Khan and Jahangir Tareen's disqualification case, Sharif complained that, unlike him, they were not tried by the National Accountability Bureau (NAB) "despite so much being there against them."

Sharif also said his ascension to the PML-N presidency was made possible because of "a divine intervention": pointing to the passage of the Elections Act 2017 by the Senate, he said his party does not even possess a majority there.

"I am here to tell you that I am not going to be scared or worried," he affirmed, before asking for support from the lawyers present.