Over 2,000 displaced, 19 killed in Myanmar fighting 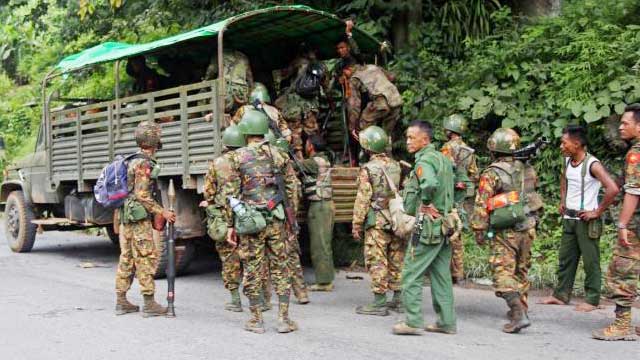 More than 2,000 people have been forced to flee from their homes, and 19 have been killed, since fighting broke out between government troops and ethnic minority insurgents in northern Myanmar last week, government officials said Wednesday.

The escalation in hostilities in Myanmar’s fractured north is another setback for civilian leader Aung San Suu Kyi’s bid to bring peace amid a stuttering transition from full military rule.

The people displaced in the latest fighting are sheltering in monasteries around Lashio town in the north of Shan State, and are depending on aid groups and the government for their supplies, aid workers said.

"We are providing basic rescue materials as well as cash to displaced people in the camps, the injured people and also to family members of those who got killed," Soe Naing, director of the Department of Disaster Management in Shan State, told Reuters.

Aid would be delivered as long as people needed to stay in the camps, he said.

Tension in the region has risen since Thursday, when a coalition of anti-government insurgent groups known as the Northern Alliance staged attacks including on an elite army college that killed more than a dozen people, mostly security forces personnel.

But conflict has escalated in Kachin State in the north and in Shan State, as the western Rakhine region on the border with Bangladesh.-Reuters