Up to fifteen ‘dead and injured after gunmen storm five-star hotel, take hostages’ 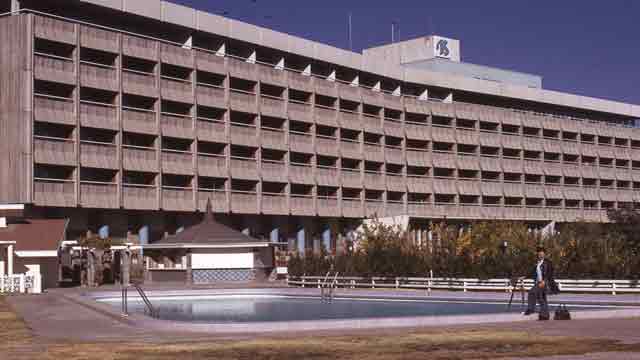 Kabul, Jan 21 (Just News): Gunmen and suicide bombers have reportedly stormed the five-star Intercontinental hotel in in the Afghan capital Kabul, and are believed to have taken hostages.

Local media are reporting that 15 people were feared dead in the attack which began around 9.20pm local time.

Four people armed with automatic weapons stormed the hotel - which is a favourite with foreign reporters, diplomats and those in the city for business.

The attackers are believed to broken into the hotel via the kitchen before storming a meeting of Afghan civil servants being held in the hotel and "completely burned the room down".

Al Jazeera are reporting that a number of people are being held hostage inside the hotel.

There is no immediate claim of responsibility from a terrorist group.

A spokesman for Afghanistan's interior ministry confirmed the hotel was under attack.

The country's 1TVNews station described the gunmen as "suicide attackers" who were "said to be firing from top of hotel".

Hayat Amanat, a journalist with TOLOnews, quoted an eyewitness saying at least 15 were left dead and injured on the first and second storeys.

Najib Danish, a spokesman for Afghanistan's interior ministry, said special forces have arrived at the scene and are battling the attackers.

Details of the attack, including information on any casualties, were unclear but the attackers appeared to have included suicide bombers, ministry spokesman Najib Danish said.

The incident came days after US Embassy in Kabul issued a warning that said armed groups may be planning attacks against hotels in the city.

The hotel previously came under attack in 2011 when Taliban suicide bombers launched a four-hour siege that left 21 dead, including all nine attackers.

The hotel, which has 200 rooms and four restaurants, was one of Afghanistan's first luxury hotels when it opened in 1969.-Mirror, UK