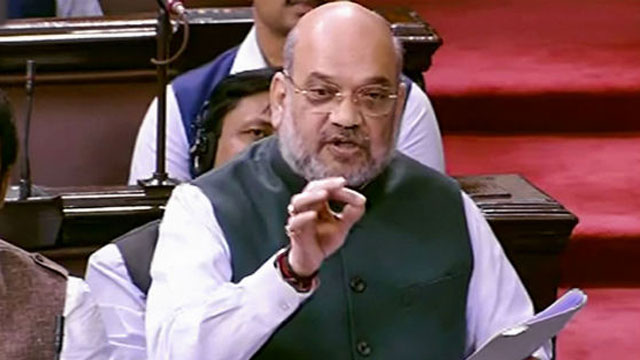 A federal panel on religion has urged the United States to weigh sanctions against Home Minister Amit Shah if India adopts legislation to exclude Muslims from a path to citizenship for religious minorities from its neighbours.

The measure goes against India’s constitution, which guarantees legal equality to people of all faiths, the U.S. Commission on International Religious Freedom said in a statement.

“If the CAB passes in both houses of parliament, the United States government should consider sanctions against the Home Minister and other principal leadership,” the statement read.

The statement further said, “The CAB enshrines a pathway to citizenship for immigrants that specifically excludes Muslims, setting a legal criterion for citizenship based on religion. The CAB is a dangerous turn in the wrong direction; it runs counter to India’s rich history of secular pluralism and the Indian Constitution, which guarantees equality before the law regardless of faith.”

“In conjunction with the ongoing National Register of Citizens (NRC) process in Assam and nationwide NRC that the Home Minister seeks to propose, USCIRF fears that the Indian government is creating a religious test for Indian citizenship that would strip citizenship from millions of Muslims,” it added.

The Lok Sabha first passed the CAB in January 2019, but due to protests, the government withdrew it before it could be voted on by the Rajya Sabha. Both houses of parliament must ratify a bill before it can become law.

The BJP included the passage of the CAB as part of its manifesto released ahead of its overwhelming electoral victory in May 2019.

During Monday’s parliament debate, opposition politician Asaduddin Owaisi ripped up a copy of the bill, calling it a move by the Modi government to render Muslims “stateless”.

But Modi’s Bharatiya Janata Party (BJP), which promised the measure in an election campaign that swept it to power in May, says the law is needed to help persecuted minority individuals in its neighbours.

The bill is the third key election promise Modi’s government has delivered since August.

The scrapping of autonomy for the disputed Himalayan region of Kashmir and permission from India’s top court for moves to build a Hindu temple at a disputed religious site have bolstered right-wing supporters, and diverted attention from a slowing economy.

The bill has prompted criticism at home and abroad, as it marks the first time India is weighing religion in granting citizenship, although it must first pass the upper house of parliament, where Modi’s party lacks a majority.