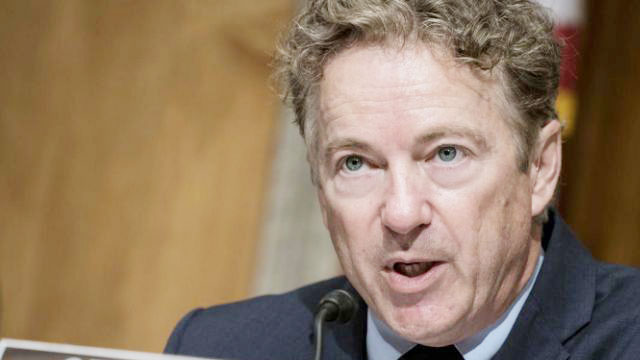 Sen. Rand Paul (R-KY), who was the only senator to oppose a coronavirus relief package last month, announced Sunday that he has tested positive for the virus.

“He is feeling fine and is in quarantine,” an announcement on his Twitter said. “He is asymptomatic and was tested out of an abundance of caution due to his extensive travel and events.”

It added, “He expects to be back in the Senate after his quarantine period ends and will continue to work for the people of Kentucky at this difficult time.”

In addition to being the only senator to vote against an $8.3 billion emergency coronavirus package, Paul also was one of the eight senators who voted against paid sick leave in a stimulus bill that passed with an overwhelming 90-8 vote last week.

“I think that the paid sick leave is an incentive for businesses to actually let go employees and will make unemployment worse,” Paul, a physician who has a Kentucky-issued medical license, explained to Newsweek.

CNN reported that Paul closed his Capitol Hill offices over a week ago and urged employees to work from home due to concerns over the coronavirus outbreak. Two people who attended the annual Speed Art Museum ball in Kentucky with the senator on March 7 later tested positive for the virus, according to the Courier-Journal.

But despite reportedly being tested roughly a week ago, Paul continued to interact with colleagues and even worked out at the Senate gym—and was swimming in the pool—on Sunday morning, shortly before he received his positive test results, Politico reported.

Paul is the first senator to test positive for the novel coronavirus. Two other members of Congress, Reps. Mario Diaz-Balart (R-FL) and Ben McAdams (D-UT), have also gone public with positive test results.

According to the World Health Organization, COVID-19, the disease caused by the novel coronavirus, is particularly dangerous for people with lung problems. In August 2019, Paul had part of his lung removed after an altercation with his neighbor Rene Boucher. The two had a long-running dispute over lawn care.-The Daily Beast