Migrants' fleeing Delhi is like 'driving without seat belt' 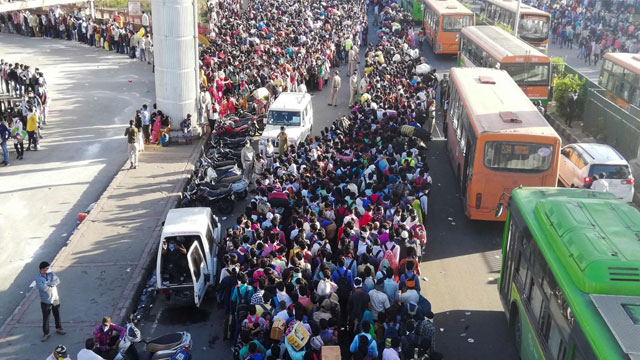 Former Bharatiya Janata Party MP of India, Balbir Punj on Friday equated stranded migrant workers who are making a journey back to their villages on foot with Singer Kanika Kapoor, who was tested positive and booked for negligence after he partied with political who's who in Lucknow.

Punj blasted at both, calling both equally irresponsible.

Punj took to Twitter to assert: "Thousands leaving Delhi & Kanika Kapoor hosting parties, underlines all that is wrong with India. Kapoor thinks her status makes her immune to virus. Migrants feel that with numbers on their side, they are safe. Both r irresponsible citizens. Virus respects neither status nor numbers."

Even on Friday morning, scores of migrant workers were spotted at Delhi-Ghaziabad border who were other way home, walking. Many of them are apprehensive of the situation after the sudden announcement of the lockdown while others are sent on leave by their contractors.

But the former BJP lawmaker didn't stop here. He questioned the 'mindset' which might be motivating thousands to flee Delhi at great risk to themselves & others'.

He even compared it with driving without helmets and seat belts and on the wrong side of the road. "Philosophy: Take shortcuts, ignore risks. Plain irresponsible behaviour," he added.

Blaming them for being short sighted and ignoring the seriousness of the situation, Punj further alleged, "Why migrants leaving Delhi? For want of money or food? NO. Just irresponsible. There is no money/ obs waiting for them back home. It's to utilise their forced 'chutti' to catch up with their families or errands back home. Gravity of situation hasn't dawned on them."

The government has imposed a nationwide shutdown for 21 days in the wake of the highly contagious coronavirus outbreak that has already infected more than 700 in India.

Government has urged people to stay indoors and aggressively practice social distancing. However, the scene of desperate migrant workers fleeing the national capital portrayed quite a contrary picture that seemed to have infuriated Punj.