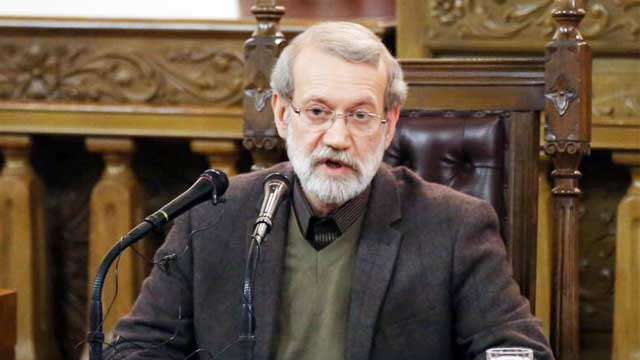 Ali Larijani "was tested for coronavirus after showing certain symptoms, and as the result was positive, he is currently in quarantine and undergoing treatment," the report said.

Larijani, 62, is close to the Iranian leadership and president and was re-elected in 2016 for a second term as parliament speaker. He is one of the most senior officials to be infected so far.

Iran has been scrambling to contain the spread of the novel coronavirus since it reported its first cases on Feb 19.

Earlier Thursday Iran had reported 124 new deaths from the coronavirus, raising its total to 3,160 with more than 50,000 people infected.

The announcement came as President Hasan Rouhani warned at a cabinet meeting that the country may still battle the pandemic for another year.

"Coronavirus is not something for which we can point to a certain date and say it will be completely eradicated by then," he said.

Rouhani said the virus "may be with us in upcoming months, or until the end" of the current Iranian year, in March 2021.

The virus has not spared Iranian lawmakers or other officials.

At least 23 of the legislature's 290 members have tested positive for the novel coronavirus so far, state news agency IRNA said on Tuesday.

Covid-19 has also killed at least 12 serving or former government officials, according to official reports.

After weeks of refraining from imposing a lockdown or quarantine measures, Teheran decided last week to ban all intercity travel until at least April 8.

There is no official lockdown within Iran's cities, although the government has repeatedly urged Iranians to stay at home to contain the spread of the virus.

Iran has closed schools and universities as well as four key Shi'ite pilgrimage sites, including the Fatima Masumeh shrine in Qom, Iran's epicentre for the virus.