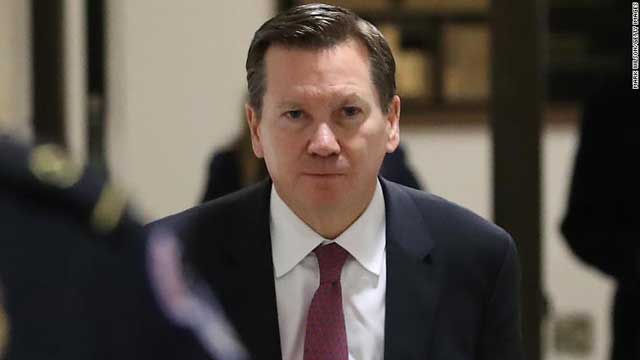 President Donald Trump on Friday removed Intelligence Community Inspector General Michael Atkinson -- who had told Congress about the whistleblower complaint that led to Trump's impeachment -- from his post, the President told Congress in a letter obtained by CNN.

Atkinson will be fired in 30 days, Trump told the House and Senate Intelligence committees. He did not name a successor.

Atkinson's firing is the latest case of the Trump administration removing officials who took part in the President's impeachment. Trump also removed Alexander Vindman, a then-National Security Council official who had testified in the House's proceedings, along with Vindman's twin brother and then-US Ambassador to the European Union Gordon Sondland.