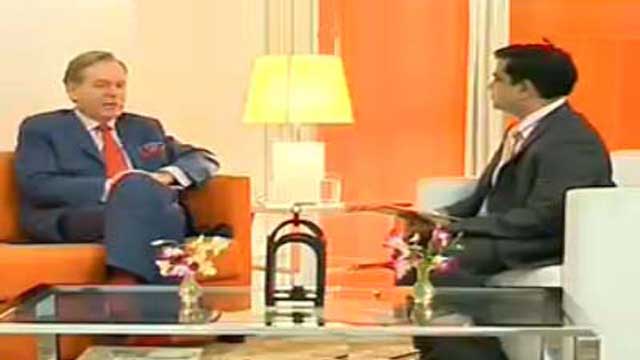 German ambassador in Dhaka Dr. Albrecht Conze said, the major two political parties has failed to reach in an agreement before polls. As a result, unsatisfactory situation has created on 5th January one sided polls. In such situations friendly countries are unhappy as like as Bangladeshis. However, maintaining a normal and peaceful conditions a quick consensus is now very important for an acceptable and participatory polls .

Ambassador made the remark during a tete-e-tete with Just News Editor Mushfiqul Fazal Ansari.

Following are the highlights of a tete-e-tete:

I believe that, there was a general feeling not only in Bangladesh but also among its western friends and many others friends in the world. The elecction didn’t have the qulity of previous election. A very poor turn out due to the fact that majority of the people couldn’t go to the vallot session, German envoy said.

‘We all feel inside and outside of Bangladesh, this was the last part. We have heard incouraging signal from the primeminister that her readyness for dialogue. It’s still there. We have had very intensive iffort, we have seen this effort is participated. The end of the last year to bring the parties together to find the solution for a election time government acceptable to all. This was not possible. There was not enough readyness for compromise. I wouldn’t say that the international community has failed, I think the two parties failed to find the compromise. Now the result is not satisfactory situation. And the responsibility lies on those who are plot about the situation’ he added.

Conze said, It is only logic that they should not make an effort to negotiate dialogue, we have asked for this and we have accord what mass people have sadden in this country. You are used to inclusive election, you are used to exciting election. This election was none of that. Something I have never seen in the world.

Asked to make a comment about bilitaral relation between Gemany and Bangladesh Conze said, The journey with Bangladesh start at 1970. In 1971 I was in school then, my last year in school. We all followed closely your liberation for independence. And none of us had the feeling that this part of subcontinent could remain a part of Pakistan. Thats seem to be totally observed to us. So we supported this. And we all very happy when finally you gets your independence.

Abou current trade relation he said, Garments industry has given Bangladesh a way out of proverty. In an extraordinary way Bangladesh and its investor have manged to build up this young industry. It’s successful in exporting its products. Unfortunately we have had two major disaster over the last year . First the Tazreen fire and then the Rana Plaza building collapse. That has turnished Bangladesh’s reputation. Because everybody is asking in the west and Gemany very much. So how can that happened, why are this factories so unsafe and is nobody looking, nobody controlling. This was no good for your countries reputation. The task for the day is now to react, to improve things. Quite a few things happen seems, not enough yet. Reputation’s only follows action so action must come first. I think all the action that is now necessary has been defined. Now its need to be done.

Replying to a question about the position of German as a development partner the envoy said, The energy sector has come on more and more focus of our support. Because it is key to economic development. When you gets your energy supply rights than your growh rate can be higher and then anyone can get more attracts of foreign investors. Many investor don’t come that because they can not get the garranty of energy supply. It’s more importent for internal and external investment. So energy sector is one of our main interest. We also trying to promote renewable energy very much. This country has make choiches the variety. But coal based energy has always environmental problem, the neuclear based energy generation have many risks. So renewable energy is not an alternatiy but compliment.

Asked to make a comment about eductional coopertion, specially increasing the scholarship, Conze said, I don’t think we can increase scholarship. But scholarship is not the only answer to young person desire to study. I have just discussed that with Sir Fazle Abed, who has proposed a new model for countrywide student loan that could be supported by donar. It’s a model for Bangladesh.

About football the envoy said, I hope, few months from now many Bangladeshis will support the German team at the World Cup in Brazil. We have an excellent team. We have many players, some of them are master injured but we hope they would be ready for the show.