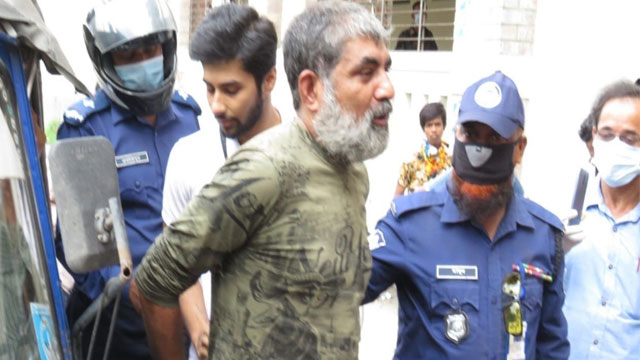 Journalist Shafiqul Islam Kajol was arrested on May 3, 2020, after being forcibly disappeared for 53 days. © 2020 @whereiskajol campaign

Bangladesh authorities are using the abusive Digital Security Act to harass and indefinitely detain activists, journalists, and others critical of the government and its political leadership, Human Rights Watch said on Wednesday. The administration of Prime Minister Sheikh Hasina Wazed should immediately take steps to amend or repeal the law to protect freedom of speech.

“Bangladesh authorities are flouting the rule of law, arbitrarily arresting anyone they feel might be criticizing the government, and in particular the prime minister or her family,” said Brad Adams, Asia director at Human Rights Watch. “At a time when the government should be reducing the prison population to protect against the spread of Covid-19, they are locking people up simply for their comments on social media.”

On June 28, 2020, Shafiqul Islam Kajol, a journalist, was again denied bail and placed on a 2-day remand so the authorities could reportedly “interrogate” him for information connected to one of three Digital Security Act cases against him.

Remand, a period in which detainees are taken into police custody as part of an investigation, has been consistently documented to be a period when Bangladesh authorities torture people. The Bangladesh High Court has issued directives for interrogation in remand, including that it must take place in a room with glass walls inside the prison, with lawyers and relatives allowed to monitor nearby. But these directives are rarely followed, if ever.

Before being charged under the Digital Security Act, Kajol was forcibly disappeared for 53 days, and then held under Criminal Procedure Code Section 54, criticized as a loophole to enable torture because it empowers police to arrest people without a warrant and detain them for up to 15 days without a lawyer. Kajol was held under Section 54 in pretrial detention for nearly two months – far beyond the limits under Bangladesh and international law.

In another case, on June 24, a virtual court granted police two more days of remand to interrogate Ahmed Kabir Kishore, a cartoonist; Mushtaq Ahmed and Didarul Bhuiyan, both activists; and Minhaz Mannan Emon, a businessman. All were arrested under the Digital Security Act over a month ago for “spreading rumors and misinformation on Facebook” because they criticized the government’s response to the Covid-19 pandemic.

Indefinite periods of pretrial detention violate Bangladesh’s commitments under international law, yet, according to World Prison Brief, over 80 percent of the nearly 90,000 detainees in Bangladesh are being held in pretrial detention. International law requires that pretrial detention be used as an exception, not the rule, and is only to be used for the shortest possible time and when demonstrably necessary for specific reasons, including risk of flight and threats to witnesses. Many detainees in Bangladesh, however, have been awaiting trial longer than the maximum punishment if they had been convicted.

The recent wave of arrests and indefinite detention of government critics highlights the ways in which the ruling party and its supporters use the Digital Security Act’s vague and overly broad measures to abuse the rights to free speech and silence critics.

On June 20, the police even arrested a 15-year-old for “defaming” the prime minister in a Facebook post in which, a local ruling party politician said, the boy had “badmouthed … our mother-like leader.” The child was sent to a juvenile detention center where, police said, he would spend time “realizing his mistakes and correcting his character.”

In February, the authorities had arrested a publisher, Nur Mohammad, and a Sufi singer, Shariat Sarker, for criticizing the ruling party and religious leaders.

The Digital Security Act was enacted to replace the much-criticized Section 57 of the Information and Communication Technology Act (ICT), which had been used in numerous arbitrary arrests for criticizing the government on social media or even for liking or sharing content. But the new law not only retained some of the ICT’s most problematic provisions, but also includes more provisions criminalizing peaceful speech.

The Bangladesh’s Editors’ Council, an association of newspaper editors, had warned that the law is “against the freedom guaranteed by the constitution, media freedom and freedom of speech.” Bangladesh should heed calls from the international community and Bangladesh civil society to repeal the vague and overly broad segments of the Digital Security Act that facilitate abuse.

The authorities should also be making every effort to reduce prison populations during the Covid-19 pandemic by releasing those who pose no serious and concrete risk to others and refraining from new custodial arrests, absent an assessment that the person arrested poses a serious danger to others. On March 25, the United Nations High Commissioner for Human Rights, Michelle Bachelet, warned governments of “catastrophic consequences” if they neglected prison populations in their Covid-19 response, and urged them to work quickly to reduce the number of people in detention.

Bangladesh has authorized the release of fewer than 3,000 prisoners held for sentences of under a year or for petty crimes. Courts have granted bail to over 33,000 detainees since the creation of virtual courts on May 11, but these releases appear to have left out those being held in detention for criticizing the ruling party. Bangladesh should expand its release orders to include all pretrial detainees, unless their release poses a serious and concrete risk to others, including those being held under the Digital Security Act, Human Rights Watch said.

“The ruling party is literally playing with people’s lives by holding them in indefinite detention under spurious charges amid a global pandemic,” Adams said. “Instead of using Covid-19 as pretense to lock up critics, the authorities should be responding to the pandemic by releasing people like Kajol, who have been arbitrarily arrested and pose no danger to others.”