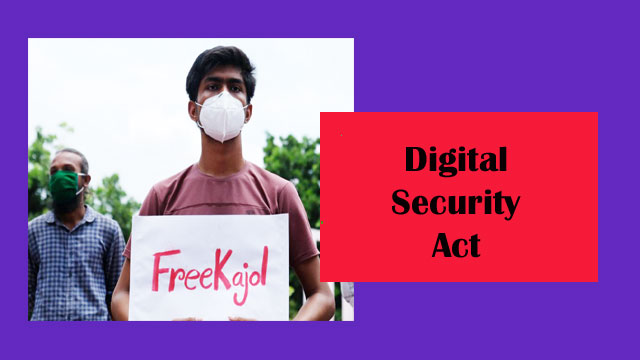 Metropolitan Magistrate Baki Billah granted the petition submitted by Md Rassel Mollah, a sub-inspector of detective branch (DB) of police and also the investigation officer of the case, on July 22 for showing Kajol arrested.

Before showing him arrested, the magistrate witnessed the accused through videoconferencing with the jail authority of Dhaka Central Jail in Keraniganj, the custodian of the accused.

On June 23, Kajol was shown arrested in a case filed against him with Sher-e-Bangla Nagar Police Station. The case was filed by ruling party lawmaker from Magura-1 Saifuzzaman Shikhor.

On June 28, Kajol was placed on a two-day remand in another case filed on March 10 with Hazaribagh Police Station by Usmin Ara Beli, a member of Bangladesh Jubo Mahila League's Central Committee.

Fifty-three days into his disappearance, Kajol was found by Border Guard Bangladesh in Benapole on May 3.

He was then arrested initially on charges of trespassing, but was granted bail by a Jashore court.

However, that same evening he was shown held under section 54 of the Code of Criminal Procedure after police informed the court that three more cases against Kajol were now pending with different police stations in the capital.

The court then sent him to Jashore Jail.