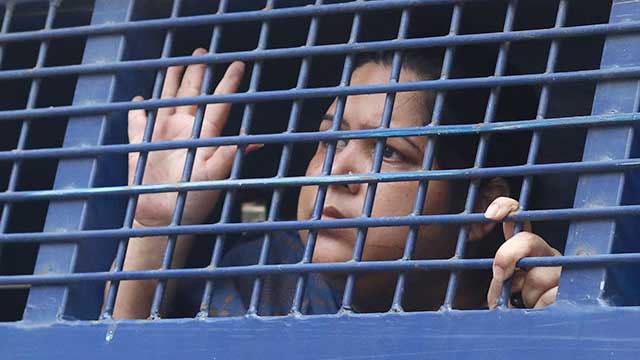 Metropolitan magistrate Md Jasim passed the order rejecting a 5-day remand prayer filed by the police for interrogating her in the case lodged by a health ministry official alleging that she had taken photos of official documents having ‘important information of the state’.

The court also set May 20 for holding hearing on the petition seeking bail for Rozina.

Meanwhile, journalists in Dhaka and elsewhere in the country on Tuesday staged demonstrations protesting against confinement, harassment and arrest of Rozina and demanding her immediate release.

Md Shibbir Ahmed Osmani, a deputy secretary of the health ministry, filed the case after Rozina was handed over to Shahbagh police in the evening after keeping her confined for five hours in the secretariat.

She was confined to a room for five hours since afternoon allegedly for taking documents from the office of the health secretary.

Fellow journalists rushed to the ministry to rescue Rozina but failed as higher authorities did not respond to their requests. Rozina recently wrote some investigative stories on irregularities in the health sector recruitment and purchase.

The senior reporter was allegedly harassed, her cellphone was seized and she fell unconscious during confinement.

Rozina’s husband Monir Islam Mithu said that his wife was a victim of vengeance since she exposed several health-related scams with her reporting recently.

Rozina complained to journalists that she was assaulted by the employees at the secretary’s office.

Journalist leaders, addressing demonstrations at polaces of the country, alleged that Rozina was a victim of vengeance of the health ministry officials as she revealed a number of reports on irregularities in recruitment and purchase of the ministry.

In Dhaka, Dhaka Reporters Unity formed a human chain on DRU premises in the afternoon while DRU leaders demanded punishment for those involved in harassing Rozina at the secretariat.

They also demanded withdrawal of the case filed against her.

An health ministry official then lodged a case with Shahbagh police station alleging that she had concealed and took photos of official documents having ‘important information of the state’.

A Dhaka Metropolitan Magistrate Court sent her to jail on Tuesday morning.

Earlier on the day, Bangladesh Secretariat Reporters’ Forum boycotted the health ministry’s press conference scheduled to be held on 11:00am.

In Rajshshi, Rajshahi Union of Jounalists staged a demonstration at Shaheb Bazar Zero Point of the city demanding immediate release of Rozina and withdrawal of the case.