US press leaders urge release of detained journalist in Bangladesh 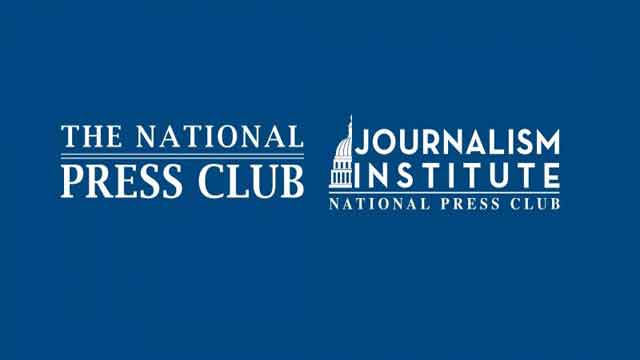 Calling it a "black chapter" in the history of their nation, the Bangladesh Editor's Council said Islam's arrest "threatens the very existence of the press" in their country.

An investigative reporter for the daily newspaper Prothom Alo, Islam could face 14 years in prison or the death penalty under the terms of the colonial-era law used to detain her, according to the Committee to Protect Journalists.

Her editor told CPJ that he believes Islam's arrest came in retaliation for her reporting on alleged corruption and mismanagement in Bangladesh's health sector during the coronavirus pandemic.

"At a time of international crisis, it's more important than ever to have independent watchdog reporters looking out for the public interest," said National Press Club President Lisa Nicole Matthews and NPC Journalism Institute President Angela Greiling Keane. "The fact that government officials in Bangladesh are trying to silence a journalist only causes the world to wonder what they are trying to hide."

Founded in 1908, the National Press Club is the world's leading professional organization for journalists. The Club has 3,000 members representing nearly every major news organization and is a leading voice for press freedom in the United States and around the world.

The National Press Club Journalism Institute, the Club's non-profit affiliate, promotes an engaged global citizenry through an independent and free press and equips journalists with skills and standards to inform the public in ways that inspire civic engagement.Source: National Press Club