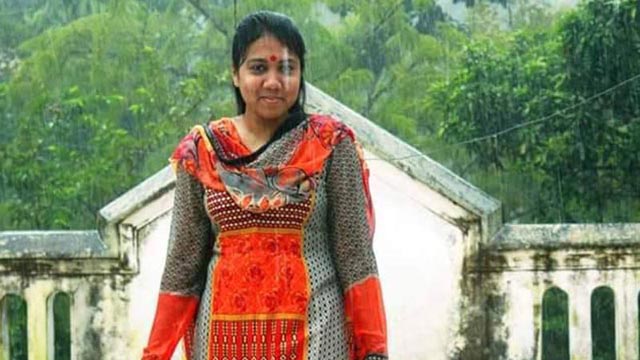 Police recovered the body of a female journalist from her house in Dhaka's Hazaribagh area this afternoon.

On information, police recovered the body which was hanging from a ceiling fan with a scarf tied around the neck, around 3:30pm and sent it to Shaheed Suhrawardy Medical College Hospital morgue for autopsy, said Muktaruzzaman, officer-in-charge of Hazaribagh Police Station.

The deceased was identified as Shohana Parvin Tuli (38), a member of Dhaka Union of Journalists and Dhaka sub-editors' council, according to her 10 colleagues.

The OC said they are suspecting it was a case of death by suicide but police are investigating it.

Police said one of her friends first came to the house after failing to communicate with her over the phone. It was the friend who informed police about her death.

She was suffering from depression, the OC said quoting her family members.