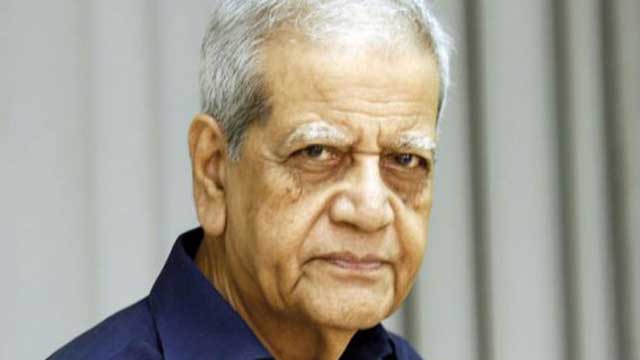 Toab Khan breathed his last at around 12:30pm. Earlier, he was taken to the hospital due to old-age health complications.

Before his death Toab Khan was the editor of Dainik Bangla. Earlier, he worked as editorial advisor of Dainik Janakantha since its beginning until October 2021.

Toab Khan began his career as journalist through Saptahik (Weekly) Janata in 1953. He joined Dainik Sangbad in 1955. He was promoted to news editor there in 1961.

Later, he moved to Dainik Pakistan in 1964. Toab Khan was the first editor of Dainik Bangla, which was known as Dainik Pakistan before the independence of Bangladesh. He took charge as the editor on 14 January 1972.

Toab Khan worked as the press secretary to Bangladesh’s founding father Bangabandhu Sheikh Mujibur Rahman between 1973 and 1975. He also worked as chief information officer and director general of Press Institute of Bangladesh.

Born in Satkhira, Toab Khan worked at Swadhin Bangla Betar Kendra during the Liberation War in 1971. That time he anchored a programme ‘Pindir Prolap’.