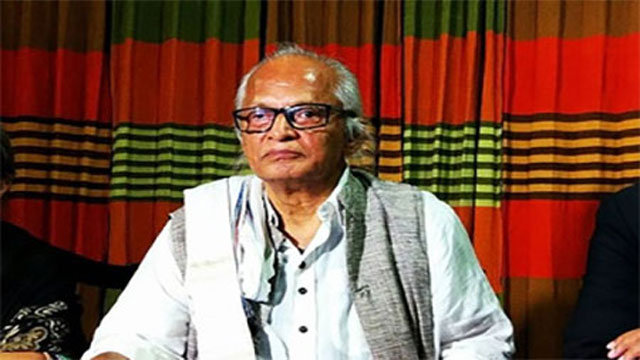 Dhaka, Dec 9 (Just News): Eminent columnist and writer Farhad Mazhar, who went missing on July 3 and was rescued later, has claimed that he was a victim of abduction.

“During interrogation, I was forced to say that I left my house for entertainment but I was a victim of abduction,” the columnist told media men at his Shyamoli residence in Dhaka this evening.

“A group of plain-clothed people attempted to snatch me from the possession of Rapid Action Battalion and tried to send me to other side through Khulna-Jessore bordering area,” he added.

Mazhar and his wife Farida Akhtar read out a written statement in the press conference organised this evening, two days after a court granted police to file a counter case against the couple for lodging a 'false' abduction case.

At the press conference, Farhad said police had taken him into their custody after rescuing him from Jessore when he was mentally and physically collapsed.

Despite being assured several times, he was not allowed to meet his family, Farhad said.

He said at DB office, he was kept waiting for long time and then interrogated there. At one stage, a paper was sent to the court as judicial statement under section 164.

When the DB took him the court, Farhad said, ‘I could only tell the court that I am vulnerable both physically and mentally. I am still frightened and traumatised. What the DB made me to write, I am submitting only that.’

Then I lay down on the sofa at the magistrate’s room with his permission, Farhad said.

A staunch government critic, Farhad was found on a bus in Jessore while travelling from Khulna to Dhaka, 18 hours after he went missing from Dhaka, on Jun 3.

His family alleged in a police complaint, which was later recorded as a case, that he was abducted after he had left home early that morning.