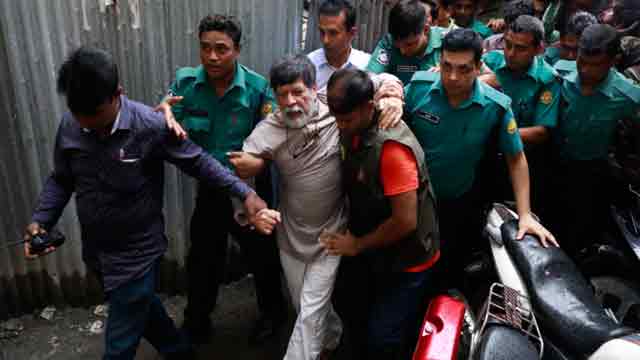 Dhaka, Aug 12 (Just News): Amid widespread flak and criticism, famed photographer Shahidul Alam has been dropped from remand two days before the completion of term.

Detectives produced him before court and requested Shahidul to be sent to prison. Metropolitan Magistrate Fahd Bin Amin Chowdhury acknowledged the prayer.

It is to be noted that no lawyer could represent Shahidul Islam as he was produced before the court abruptly. The scheduled date for court appearance was August 14.

Shahidul was picked up by law enforcers from his house in Dhanmondi on August 5, hours after he posted a video on Facebook and participated in an interview with Al Jazeera about the road safety protests in Dhaka.

On August 6, Shahidul was remanded in a case filed under the controversial section 57 of the Information and Communications Technology (ICT) Act on charges of “spreading propaganda and false information against the government”.

Shahidul has himself alleged that he was tortured in custody – a claim refuted by police.

Since then, besides local uproar, the international community has been extending support to Shahidul Islam. Journalists from all over the world has been demanding for his release.