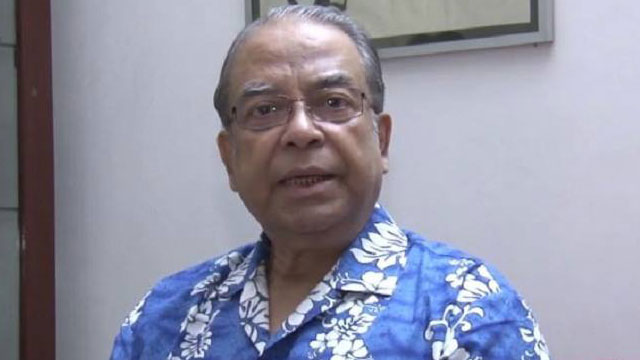 Family members, relatives, colleagues and well-wishers buried him at the graveyard around 7pm.

Mahfuz Ulla, who had been on life support at the Bumrungrad International Hospital in Thailand, passed away on Saturday morning at the age of 69.

A flight of Thai Airways carrying his body reached Hazrat Shahjalal International Airport around 12:42am.

His first namaz-e-janaza was held after Zohr prayers at Dormitory Jame Mosque in Green Road area.

Mahfuz Ullah’s body was brought to the National Press Club around 4:15pm and his second janaza was held there around 5:20am.

After the janaza, his colleagues, political leaders and different organisations paid homage to him placing wreaths at his coffin.

Mahfuz Ullah’s son Mostafa Habib Antu said they will arrange a milad mahfil at the Jatiya Press Club after Asr prayers on May 1 seeking divine blessings for his father’s departed soul.