Living without freedom amounts to languishing in jail: Shahidul Alam 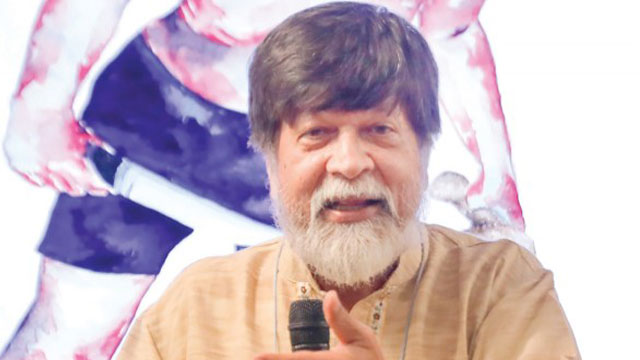 Acclaimed photographer and independent rights activist Shahidul Alam, who was recently freed from jail, said on Saturday that living outside jail without freedom was tantamount to languishing in jail.

Speaking at an Amnesty International programme organised to celebrate World Press Freedom Day in the city, he said living without freedom outside jail throughout the life was also amount to serving life-term imprisonment.

Shahidul Alam was arrested and detained on 5 August 2018 shortly after giving an interview to Al Jazeera and posting live videos on Facebook criticising the government’s violent response to the 2018 Bangladesh road safety protests.

Shahidul Alam said when he was in jail, he had no worry about foods, clothes, shelter and the tyranny of crossfire and enforced disappearance, but there was no freedom.

That means, Shahidul said, snatching away freedom was the best way to subjugate the people, which is the worst form of punishment.

He said the citizens have to protest incessantly against suspension of freedom.

‘But if we stay safe because we remain silent that would eventually make us face the most pertinent question — every one of us would have to answer to our next generation about why we were silent and what we did against repression,’ he said.

Shahidul said he was optimistic that the common people are politically aware and courageous.
‘After I came out of jail, a garment worker mother with his son met me on the road and told me that I wish my son become as courageous as you,’ he said.

Titled Vent House, Amnesty International in partnership with the Edward M Kennedy Center hosted the campaign event of arts and performances in defence of freedom of expression.

It brought together comedians, cartoonists, journalists, bloggers, musicians, poets, activists and live performance artists to promote freedom of expression and reflect on the role that the government and people can play with respect to protecting the rights of the citizens.

‘The event today is part of the Amnesty International’s continued campaign for reclaiming freedom, which includes the right to freedom of expression in countries where people are met with heavy punishment for peacefully sharing opinions,’ said Saad Hammadi, South Asia campaigner of Amnesty International.

‘Such feelings breed resentment, and are not healthy for a country’s social development. We have noticed that newspaper editors in Bangladesh have become extremely careful about publishing stories and editorials, and even refrain from publishing columns and stories due to fear of reprisals,’ said Hammadi.

The event also launched a hashtag campaign #YoursPeacefully to remind the government that peaceful exercise of freedom of expression must not be criminalised.