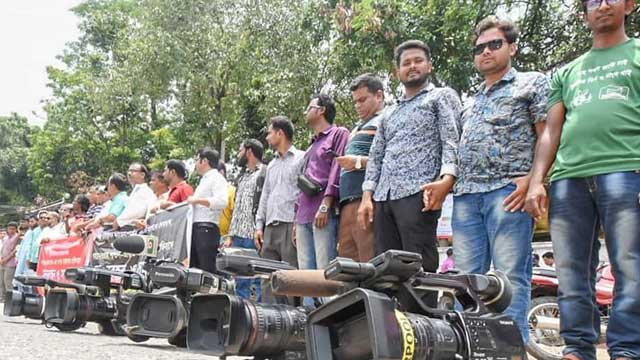 Bogura journalists today threatened to wage tougher movements if those responsible for assaulting three of their fellows are not identified and brought to justice within 48 hours.

As part of the protest, journalists from Bogura Television Reporters’ Unity and Bogura Television Camerapersons’ Association today formed a human chain in the town’s Saatmatha area this afternoon and gave 48-hour ultimatum to the law enforcers to identify the attackers.

The journalist-assault by the BCL activists is an impediment on the way of free journalism, they said.

The protesters also alleged that the police did not take any security measures in the area before the iftar party where Ducsu Vice President Nurul Haque Nur took part, although they knew about the programme.